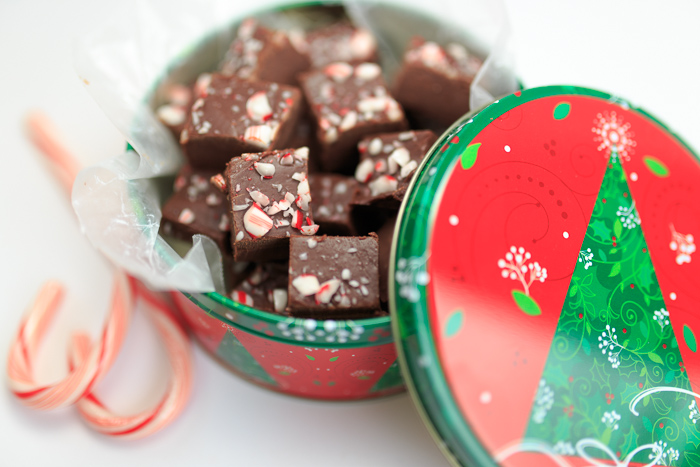 It is time for the big reveal. Ever since I mentioned fudge variations you have been waiting patiently for the chocolate decadence to continue. I’ve been holding you in suspense trying to distract you with crab dip and brussels sprouts. I should have known vegetables would only stall you for so long before the chocolate craving from within you started to take over. Just in time for this chocolate peppermint fudge. 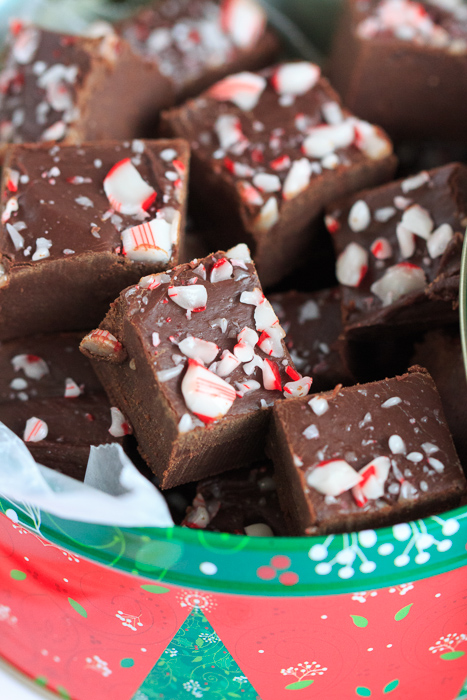 People tend to be either mint lovers or haters. Until a year ago I used to fall into the later category. Lauren used to not like something? Huge shocker, I know you’re all gasping in disbelief. While I can’t say I’ll be whipping up mint chip ice cream anytime soon, the chocolate-mint flavor pairing has won my heart, granted that the chocolate to mint ratio is at least 3:1. 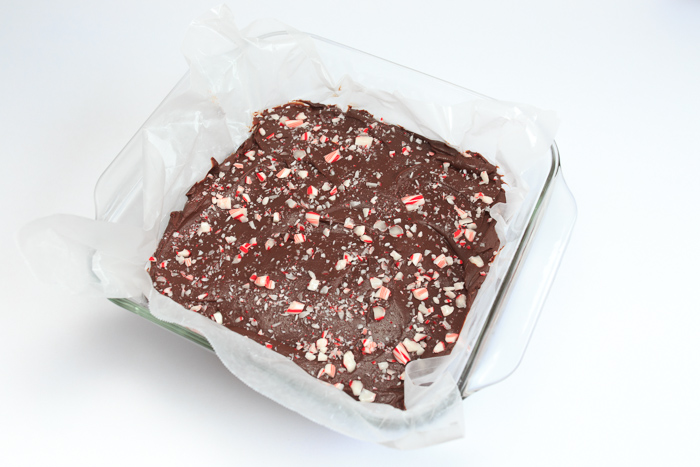 Adding mint to chocolate provides a fresh finish and refreshing break from the richness of the cocoa. This fudge has all the creamy and decadent qualities of the original recipe with a cool aftertaste and added crushed peppermint for texture. Plus how gorgeous does it look? 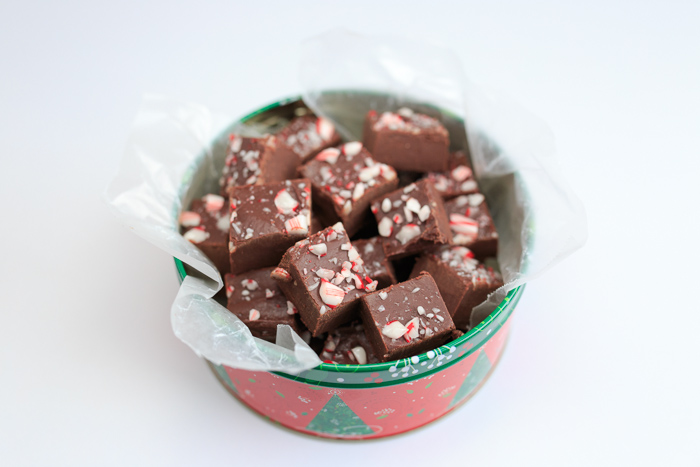 Perfect for gifting this holiday season. 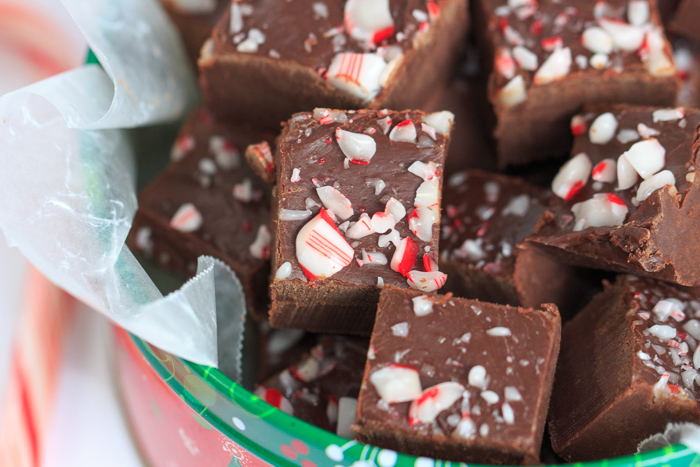 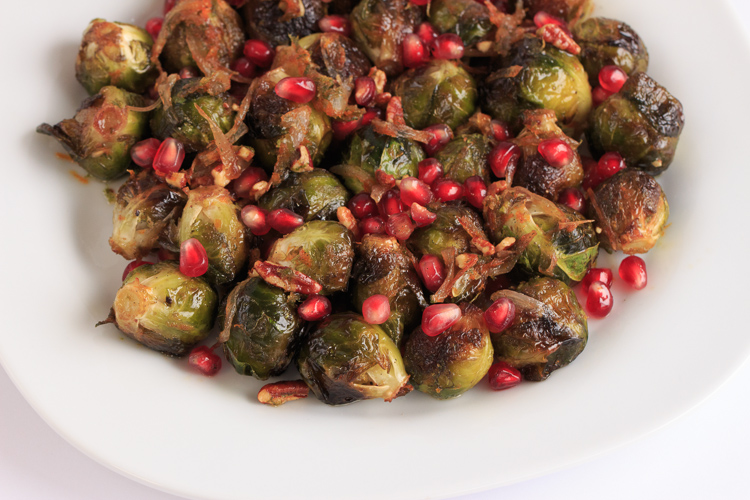 I was not always a fan of brussels sprouts. Let’s face it, they can be bitter, every children’s cartoon depicts them as a the grossest food there is and when you eat one you’re basically eating a miniature head of cabbage. If you have previously had a bad brussels experience and written them out of your meal repertoire then these pomegranate molasses brussels sprouts will make you a believer. A full-blown brussels believer. 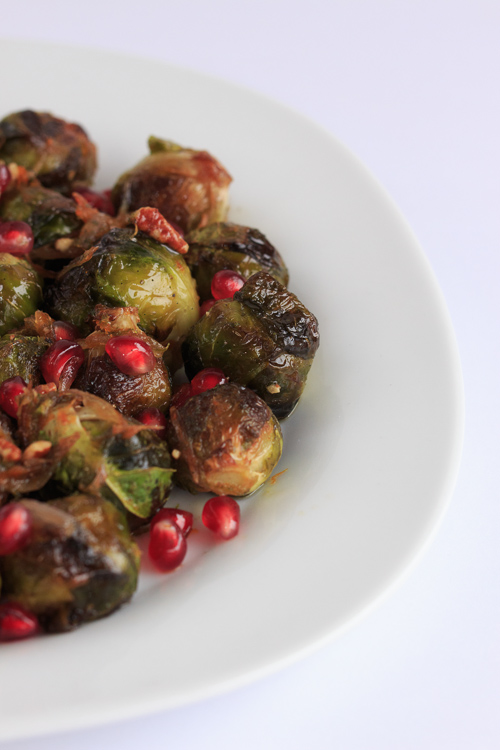 That’s my gift to you and your families this holiday season. The best gifts are those you didn’t know you needed. I bet you didn’t list “the love of brussels sprouts” on your holiday wish list, but you are going to taste these and say, “Wow, best gift of the season. No one can top this.” You’re welcome. 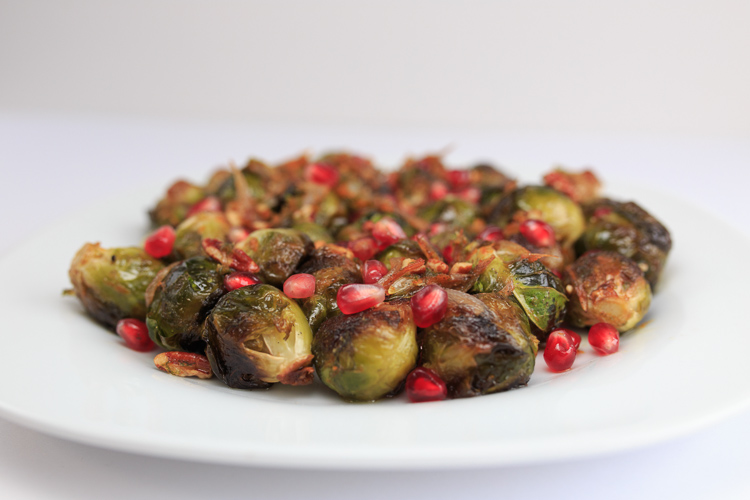 You will have leftover vanilla pecan butter from this recipe and you will definitely be happy about that once you spread it on some warm pumpkin pancakes. Don’t forget about the brussels sprouts in all your excitement though! Serve this festive side dish this holiday season and everyone at your table will be asking for seconds of the brussels sprouts. Now who thought that would ever happen? 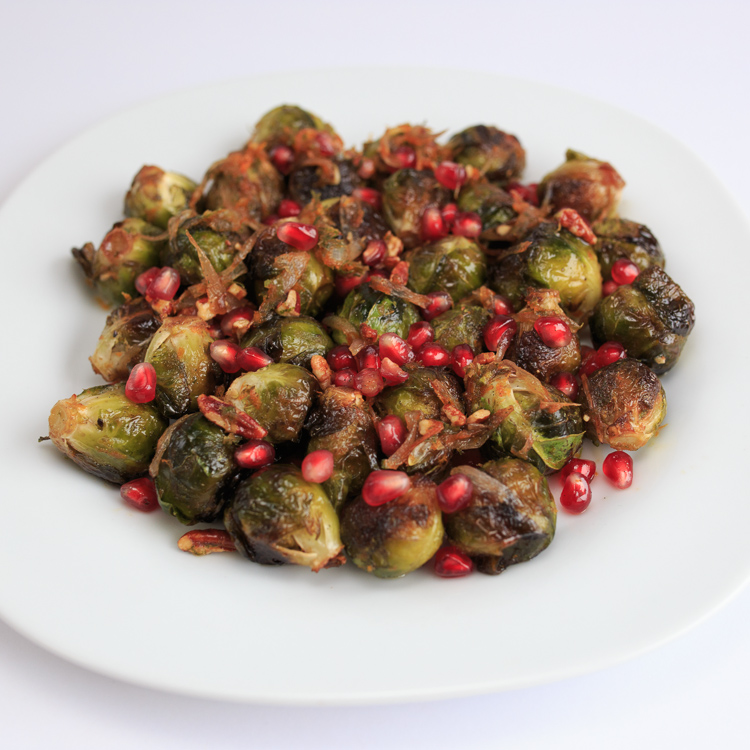 Print
Yield: 4 servings
Ingredients
Directions
Notes
*Store the extra vanilla pecan butter in the fridge. Perfect on pancakes or other yummy treats I will share later this season.
*To trim the brussels sprouts peel off the few outer dark leaves then carefully trim the stem. Be sure not to trim it too much or the sprouts will fall apart.
3.2.1255
Recipe slightly adapted from Bobby Flay. 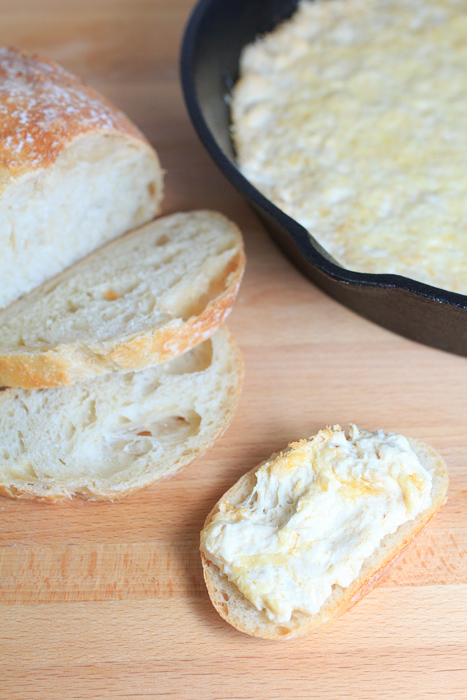 When I was younger my extended family had a big Christmas party every year. There were gingerbread house contests, karaoke, full-family renditions of “The Twelve Days of Christmas,” and even a visit from Santa. A Christmas gathering still happens every year, but now that my generation of “kids” are older between work, distance and college, not everyone is able to make it, including myself this year. Even though I can’t be there I will certainly be thinking of all my family, especially my cousins, and how I’m amazed we ever ended up with actual gingerbread houses considering how much of the candy and frosting supplies we used to consume. 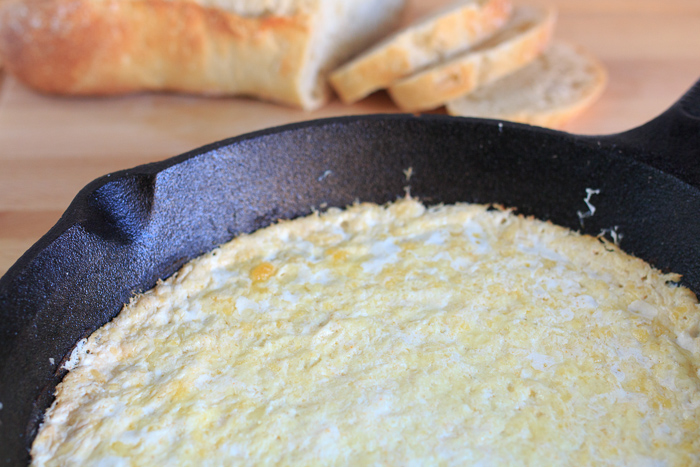 Being the food-obsessed person I have been all my life I will be missing all the family favorites everyone cooks each year. Last year my cousin had the fabulous idea of creating a cookbook of all our family recipes so now I have all the tasty traditions right on my bookshelf. Although it’s not as special to have the food without my whole family around, it still tastes every bit as delicious. One of my absolute favorites is my Aunt Georgia’s crab dip. I could eat an entire bowl of this cheesy, creamy appetizer. You can serve it with crackers, but I love it with slices of crusty bread. Perfect for any holiday party since it’s incredibly easy and can be made ahead. Oh and did I mention that waiting for the bubbling cheese to cool down enough so I don’t burn my tongue makes me drool with anticipation? There’s been a lot of drooling on Lemon & Mocha lately; I would apologize, but then cheesy goodness like this dip might not make an appearance so I’m sure you will let it slide. 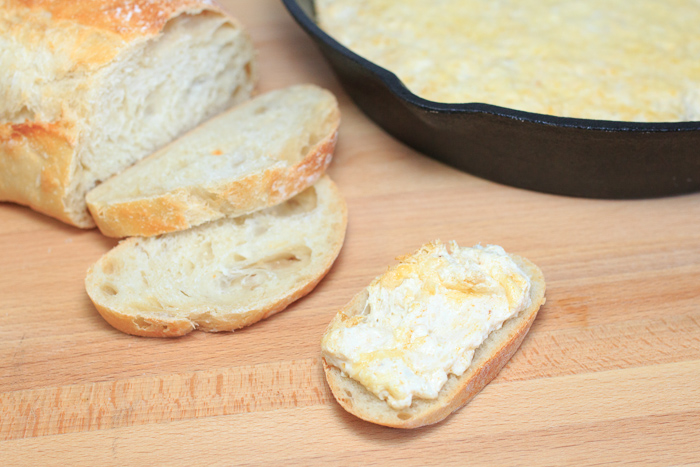 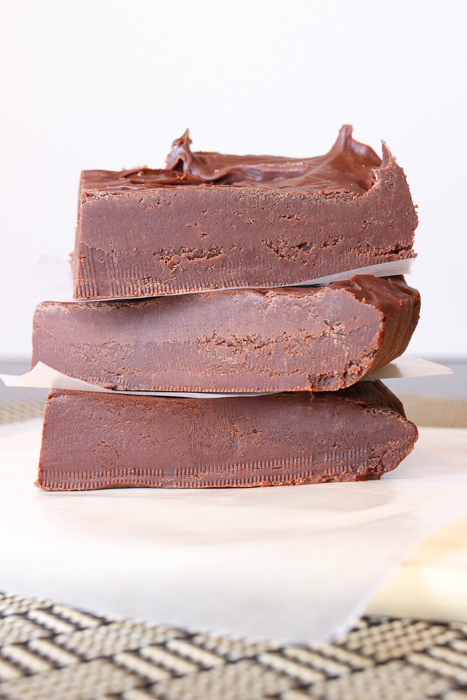 It’s official, holiday season is well underway. Decorations have taken over the stores, holiday party invitations have been received and here in New England it has been absolutely frigid. As ridiculous as I believe it is that the grocery store had Christmas themed candy on November 1st I am definitely guilty of early holiday enthusiasm including Christmas shopping and streaming my holiday music playlist well before Thanksgiving. Whether you are having trouble getting into the holiday spirit or you’ve been humming Christmas carols since August this fudge is sure to get you excited. This here is the world’s smoothest fudge. I am allowed to make this claim because I have tried every fudge ever made across the globe including the one your grandma made last year. Although it was tasty, it does not hold a title quite like this one. Surprisingly simple, this fudge uses condensed milk instead of granulated sugar to lend to its smooth texture. The simplicity, delightfulness and versatility of this fudge recipe makes it a great holiday gift idea for family, friends, coworkers, neighbors and yourself. After you make this recipe and taste the rich chocolate you will be very torn. Part of you will want to keep it all to yourself because it’s habit forming. But part of you will want to give it all away because, well it’s habit forming and then we would have to add new pants to our holiday wish list. So make some, have some and spread the chocolately love. One variation is to add chopped walnuts to the fudge. This is how my stepmom usually makes it, but she always leaves some without for me since I don’t like nuts interfering with my chocolate experience. However, I have some exciting variations I’m experimenting with so I will be sure to share in plenty of time for you to make this holiday season. Go and make this chocolate fudge now so you are ready to handle the dangerously delicious novelties I’ll have for you in a couple weeks.