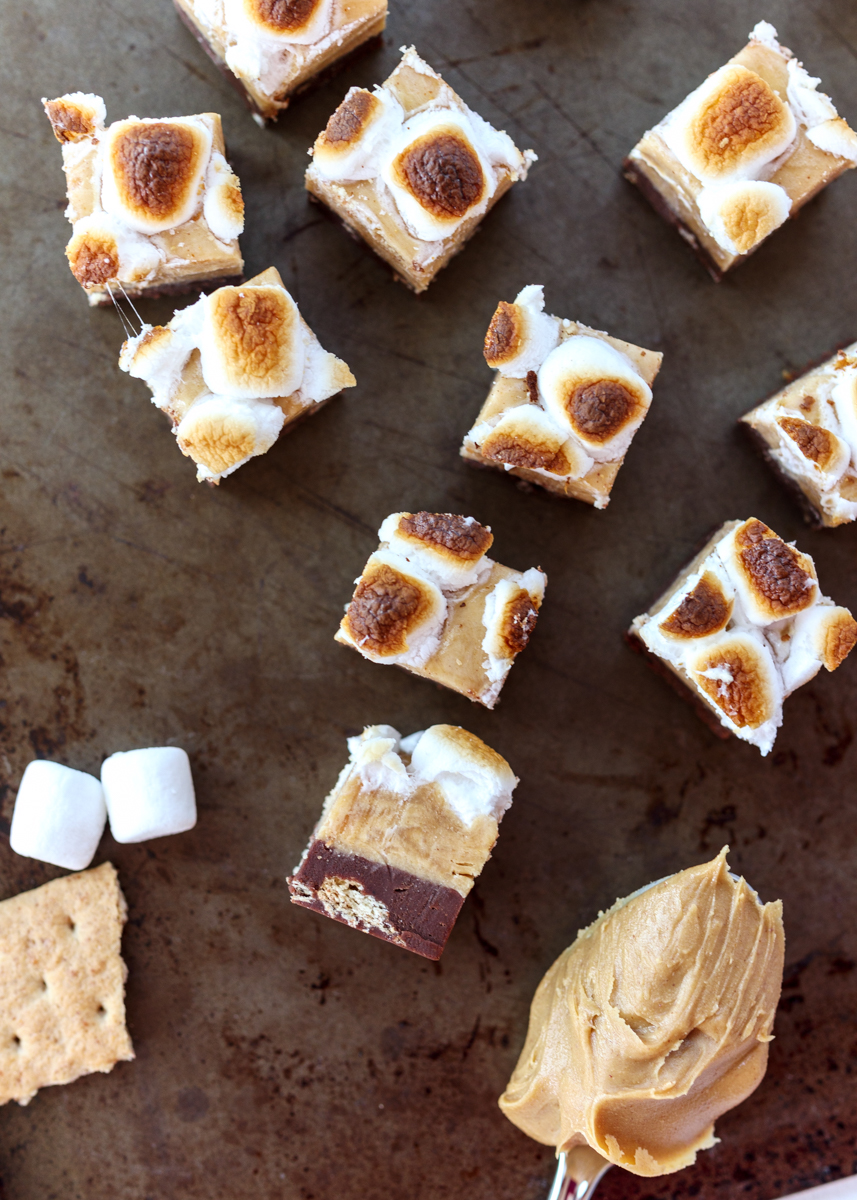 Peanut. Butter. S’mores. Fudge. YES! This, my friends, is what fudge dreams are made of and you can be eating some giddy with delight in no time at all. 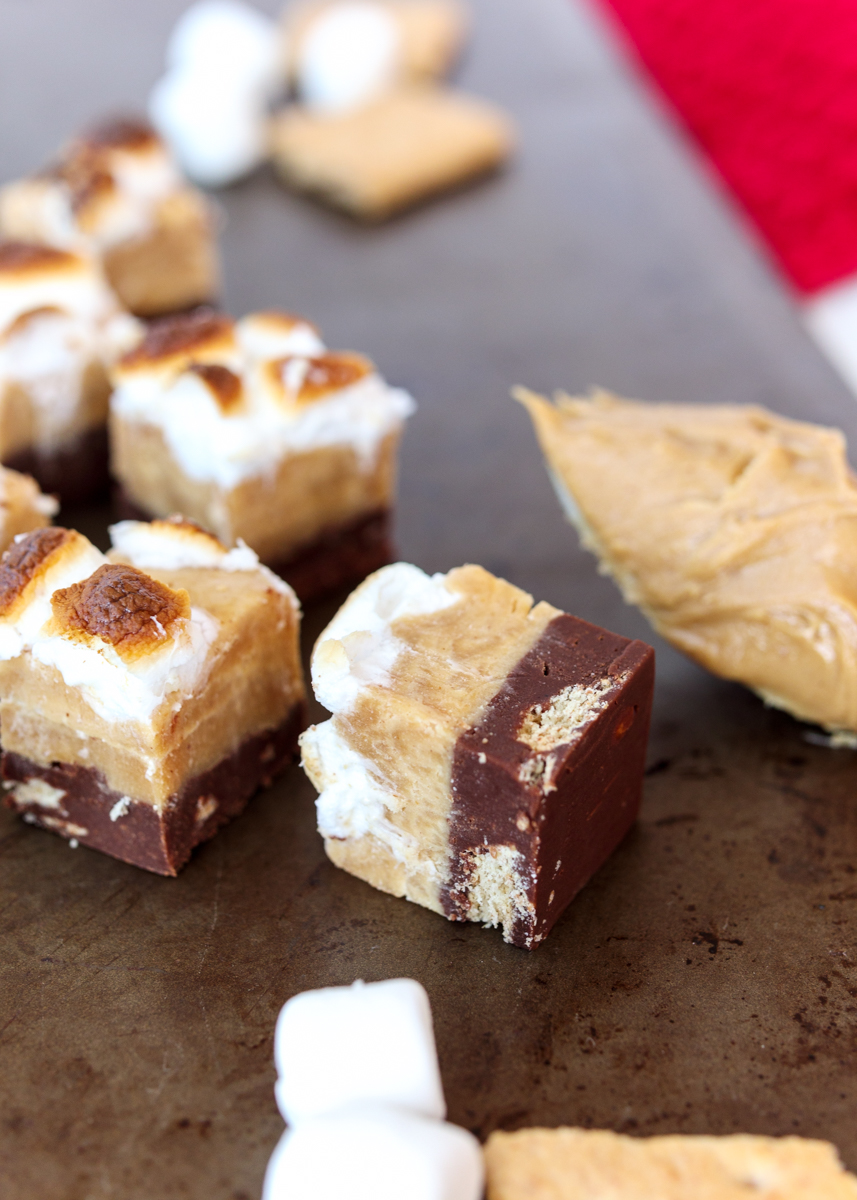 I’ve shared the World’s Smoothest Peanut Butter Fudge and the unreal S’mores Fudge, but it was time these two met for an insanely delicious mash-up. I came up with this combination last year when I decided to morph together Matt’s favorite fudge variation, the S’mores Fudge (which is also my favorite), with my second favorite fudge variation, the World’s Smoothest Peanut Butter Fudge. After one bite, and then a second, third, and fourth, etc. just to make sure, I was convinced that peanut butter and s’mores belong together. 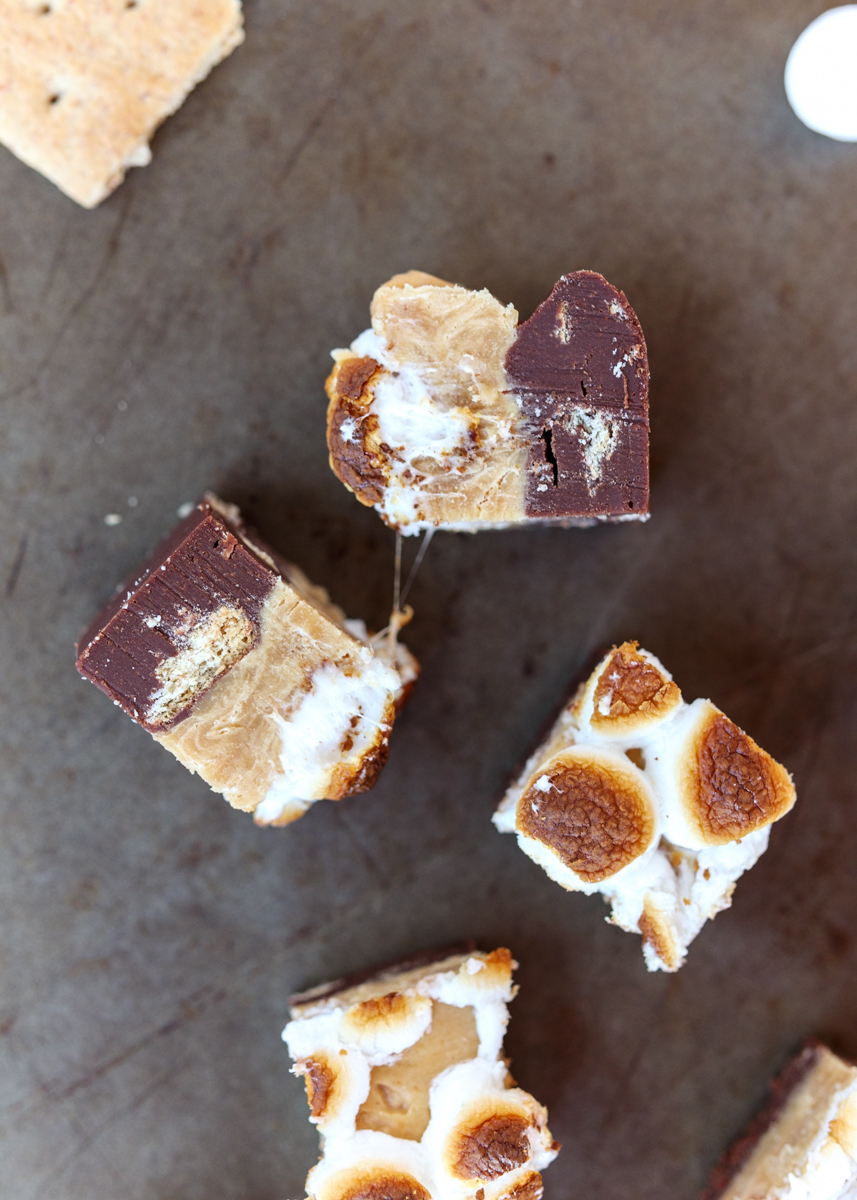 I have never made a peanut butter and s’mores treat before, but this one fudge recipe has changed that forever so expect some additional future pb-s’mores combinations. In the meantime, let’s focus on this life-changing fudge recipe in front of us. 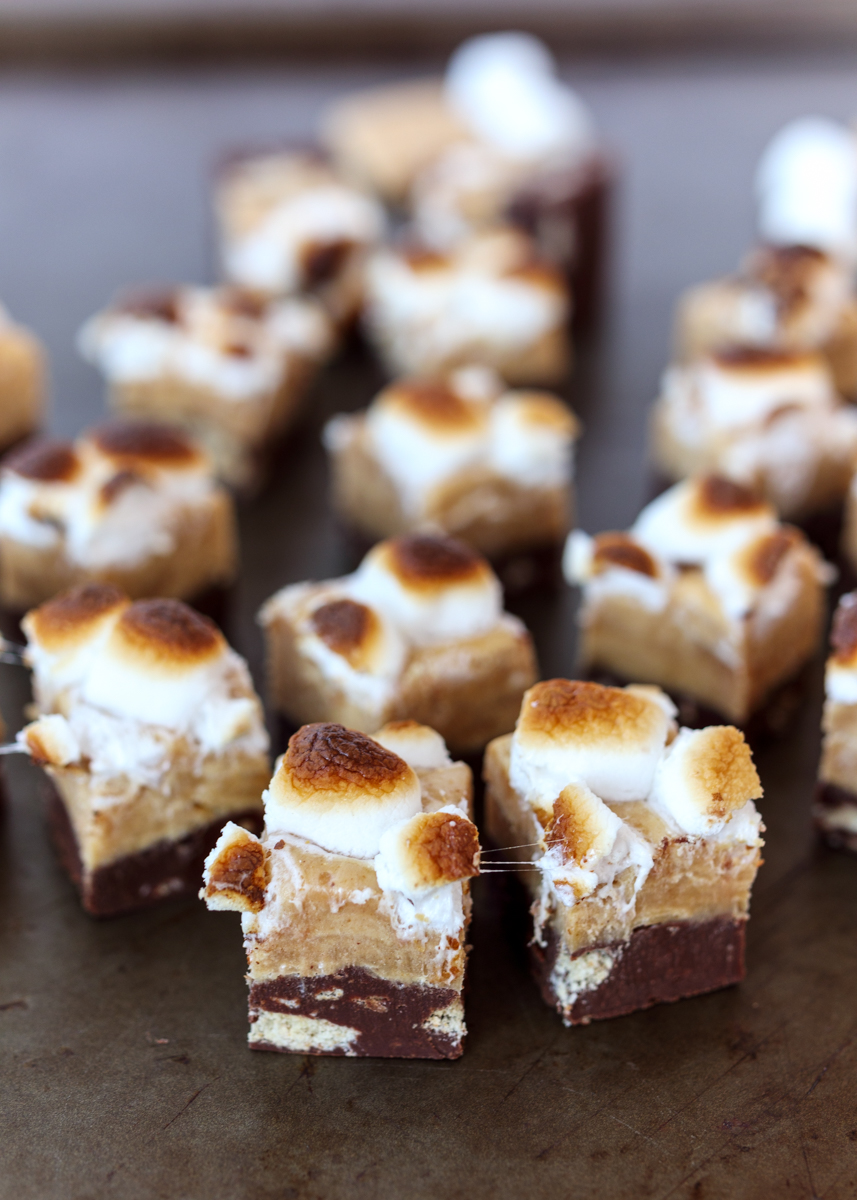 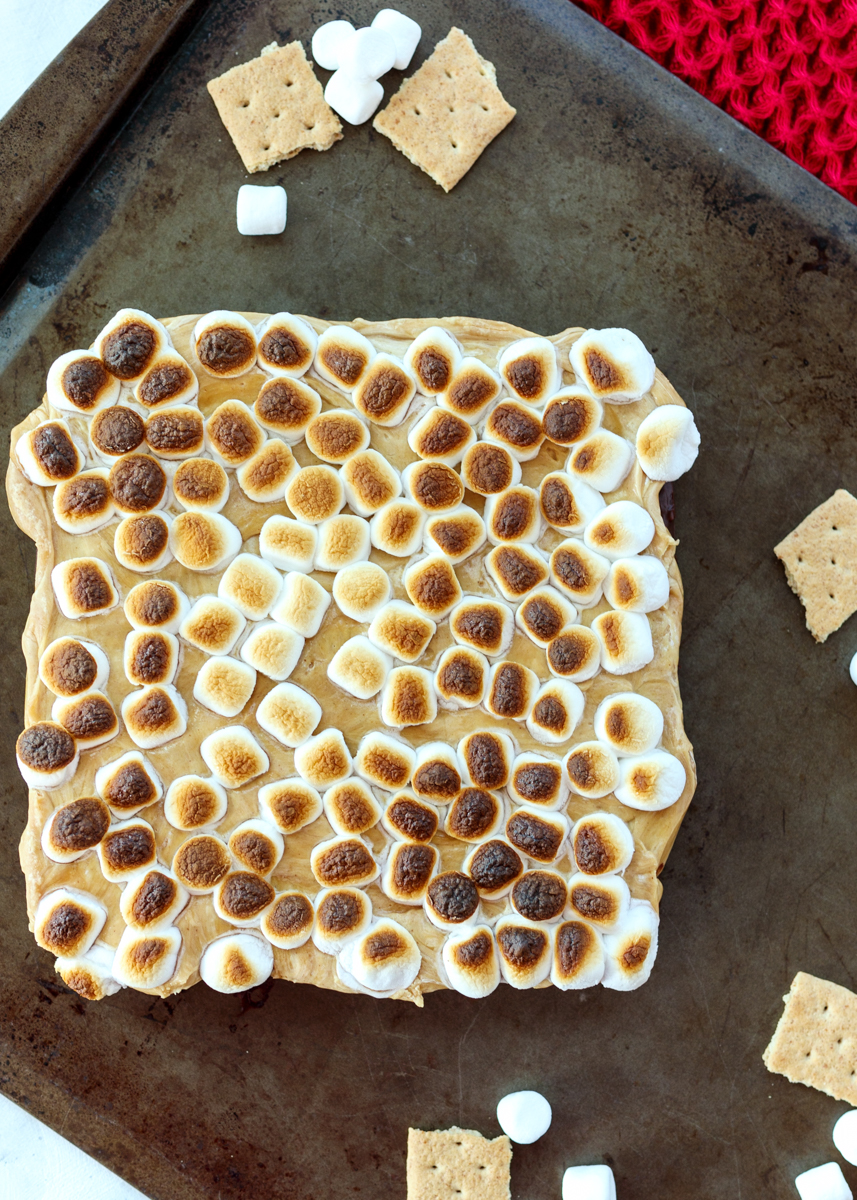 I wanted this to still be a normal sized batch of fudge so we’re dividing the can of sweetened condensed milk between the two flavors and essentially making two half portions to get one regular sized batch. I promise you everyone will go nuts over this Peanut Butter S’mores Fudge! 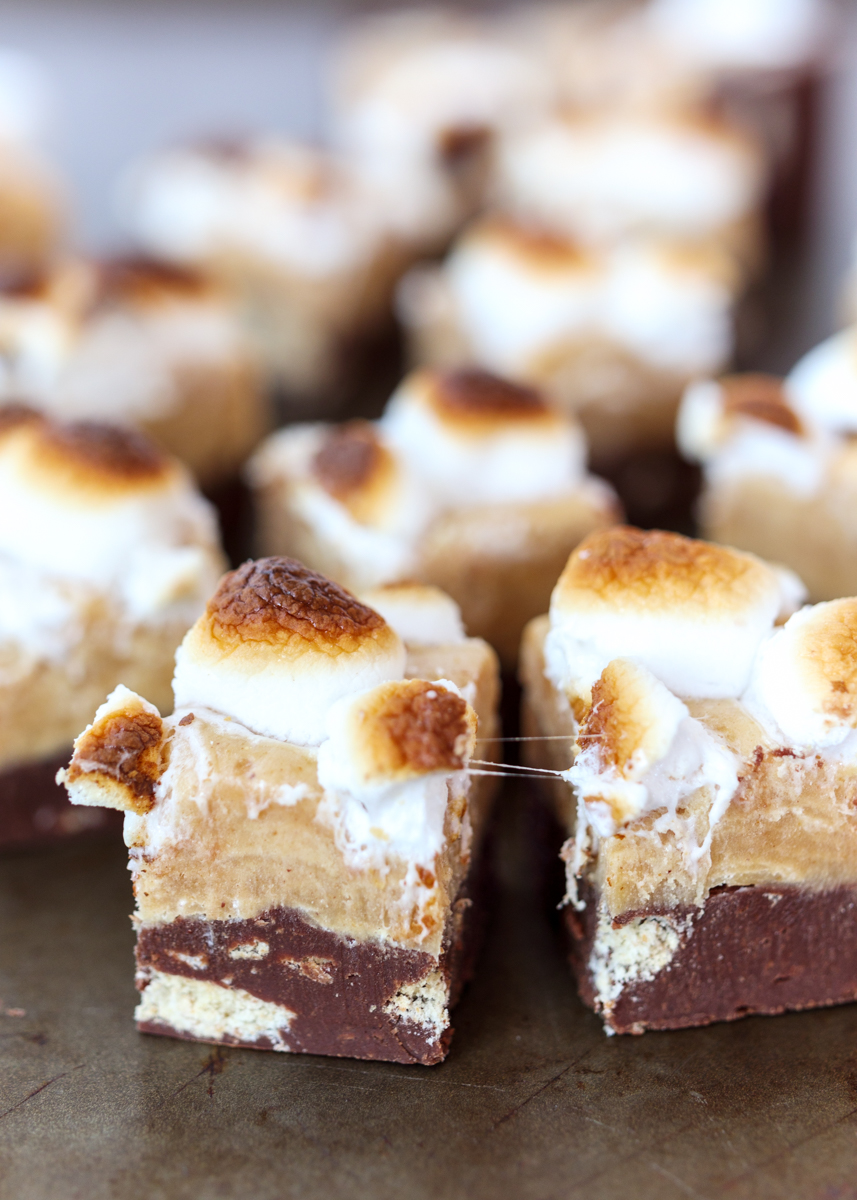 If you’re looking for more fudge inspiration as we head into the weekend, below are all the Lemon & Mocha fudge posts. Enjoy!