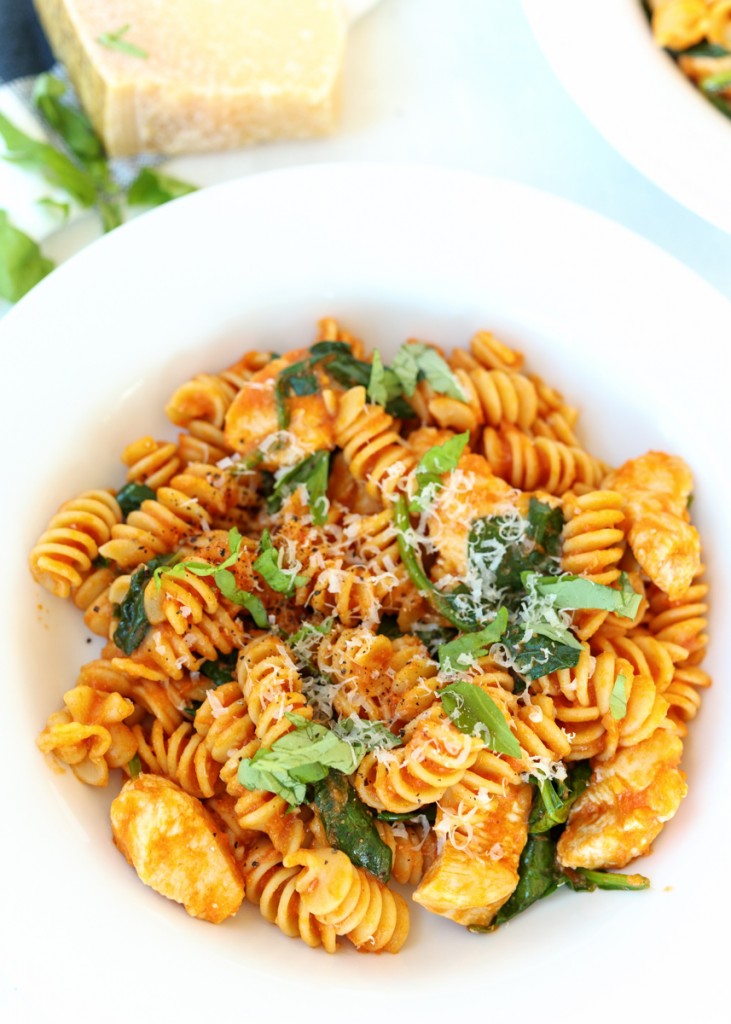 Two years ago, Matt and I went to California for our one year wedding anniversary. Our first stop was Los Angeles to visit Hollywood, tour movie studios, and, most importantly, eat all the food. On our last night in LA, we went to this Italian restaurant near our hotel called Jon & Vinny’s. Thankfully I had called ahead because when we got to the restaurant there was huge line, but they sat us right at the counter where we could watch all the chefs make the homemade pastas and pizzas. Watching the food be made had us drooling and we ate our way through fresh burrata, incredible pastas and a warm baked bread pudding. We also had our only celebrity sighting of the trip eating dinner there – Gillian Jacobs! 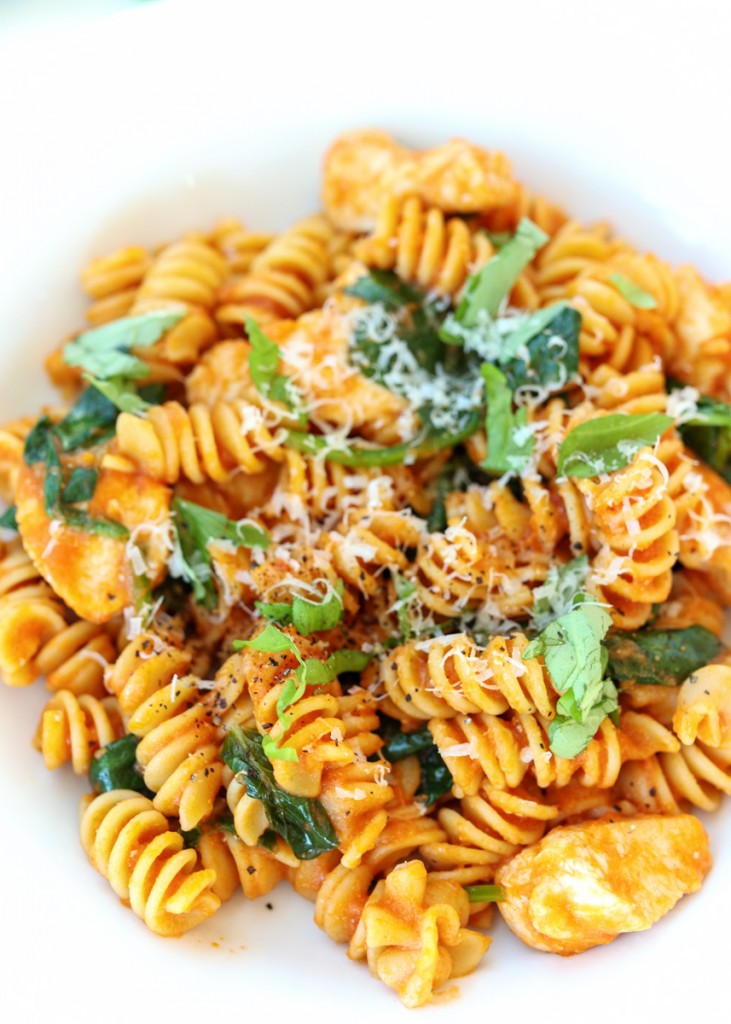 The next morning we both woke up thinking about Jon & Vinny’s. We couldn’t stop thinking about firstly, how delicious it was, and secondly, how much we regretted not ordering a pizza since they looked so good the night before. I finally went to their website and saw that not only were they open for brunch (on a weekday – that’s LA for you), but they also had pizza on their brunch menu! Matt and I headed straight to Jon & Vinny’s and gorged ourselves on bomboloni (Italian filled doughnuts), Nutella and olive oil toast and of course, homemade pizza. Ever since our back-to-back meals, Matt and I joke about heading to LA for the weekend just to eat at Jon & Vinny’s and we probably will do it one of these days. 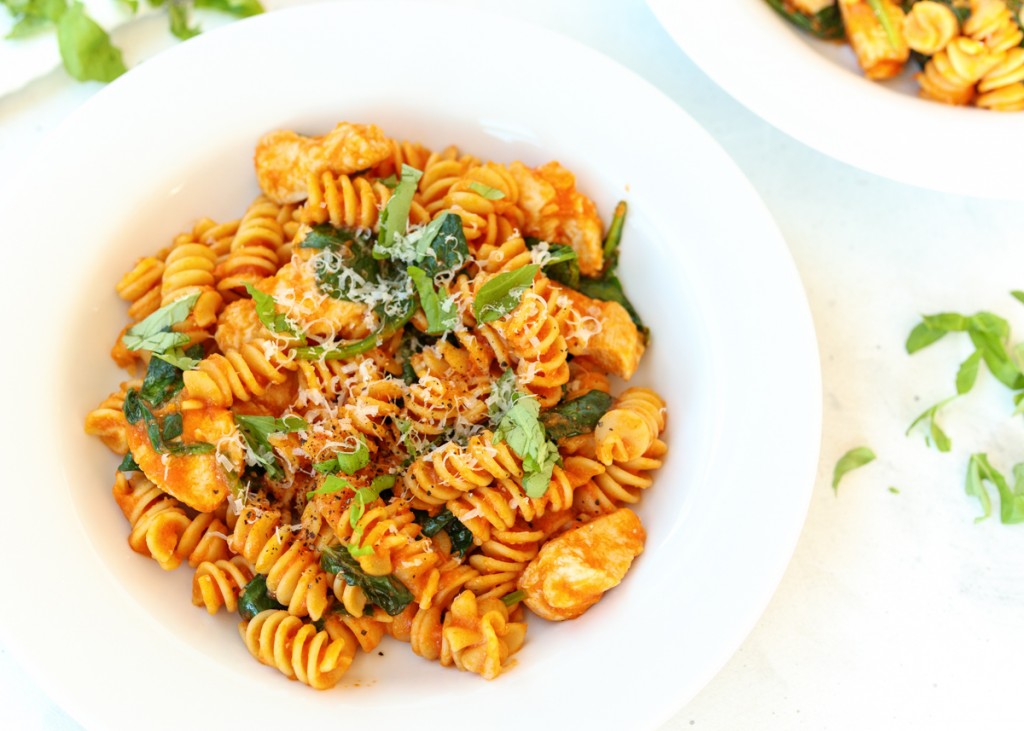 In the meantime, I was so excited to discover the recipe for their fusilli alla vodka with basil and Parmesan on Bon Appetit’s website! I decided I wanted to be able to enjoy the meal at home more regularly instead of just once in a while as a treat so I made a few changes to turn the dish into a skinny version. This Skinny Chicken Fusilli Alla Vodka with Basil, Spinach and Parmesan has all the flavors of the classic dish complete with plenty of cheese on top, but I’ve made a few swaps. 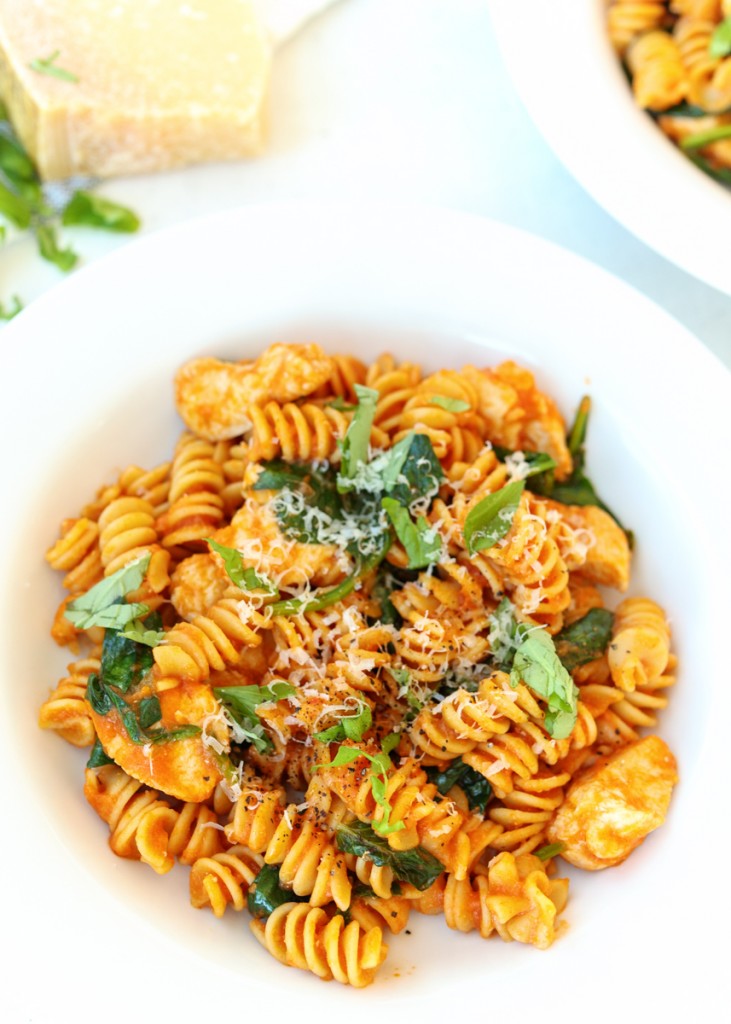 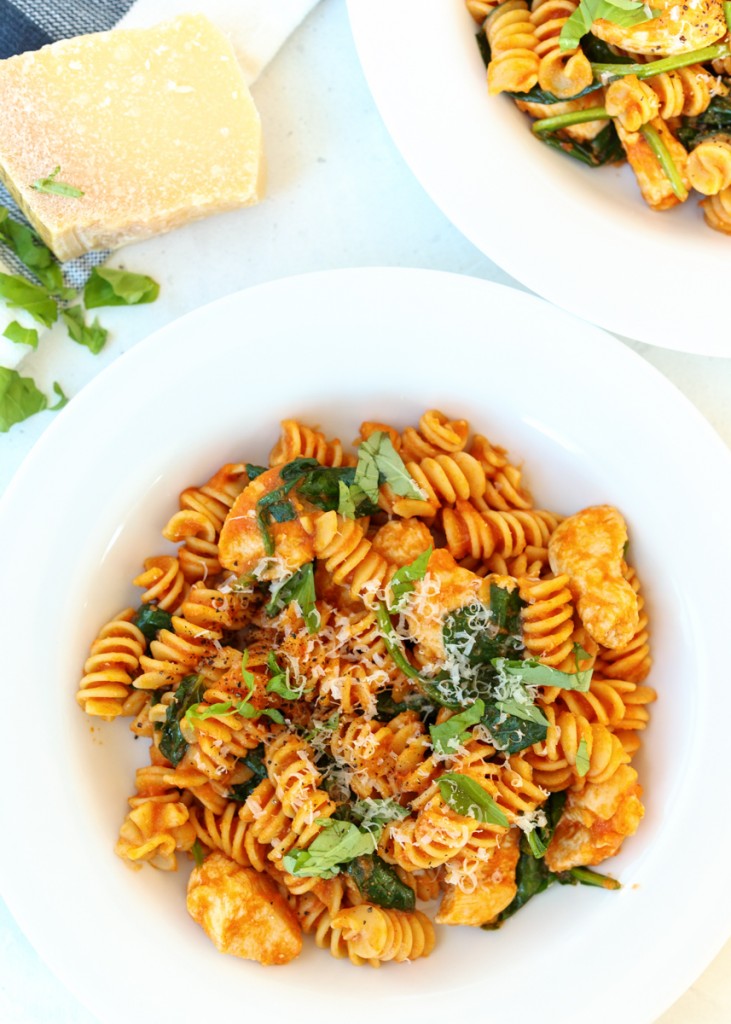 I also reduced the amount of pasta and replaced it with some chicken and spinach. The end result is so delicious that I think Matt and I could eat it for every meal… at least until we get back to LA to eat our weight in the authentic version! 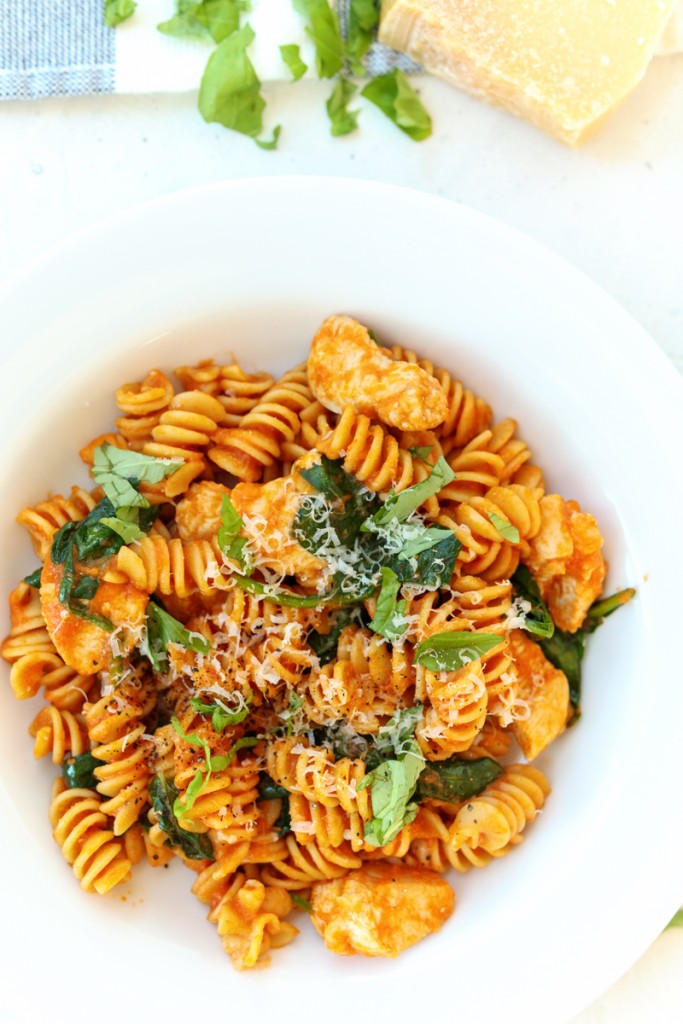 Print
Yield: 4 servings
Ingredients
Directions
Notes
The vodka sauce can be made 5 days in advance. Cover and store in the fridge.
Use any type of pasta you prefer. We used pasta with added protein.
3.2.2802
Recipe adapted from Bon Appetit.