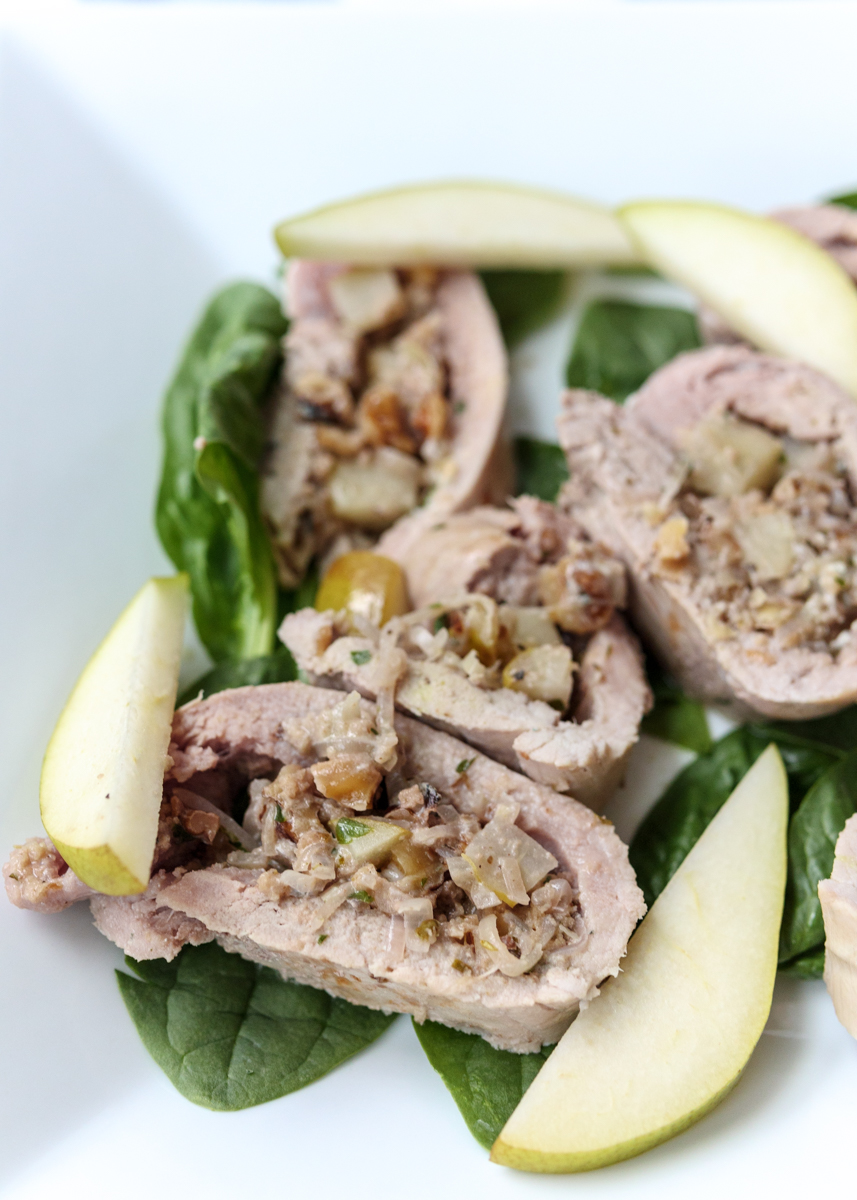 This week is all about tasty and healthy dinner recipes! I have so many dessert recipes coming up that I had to make sure I started off with plenty of real food recipes so Matt and I wouldn’t just be eating dessert for dinner every night. I’m always looking for new healthy dinners to rotate through so I was excited to try some new ones out. 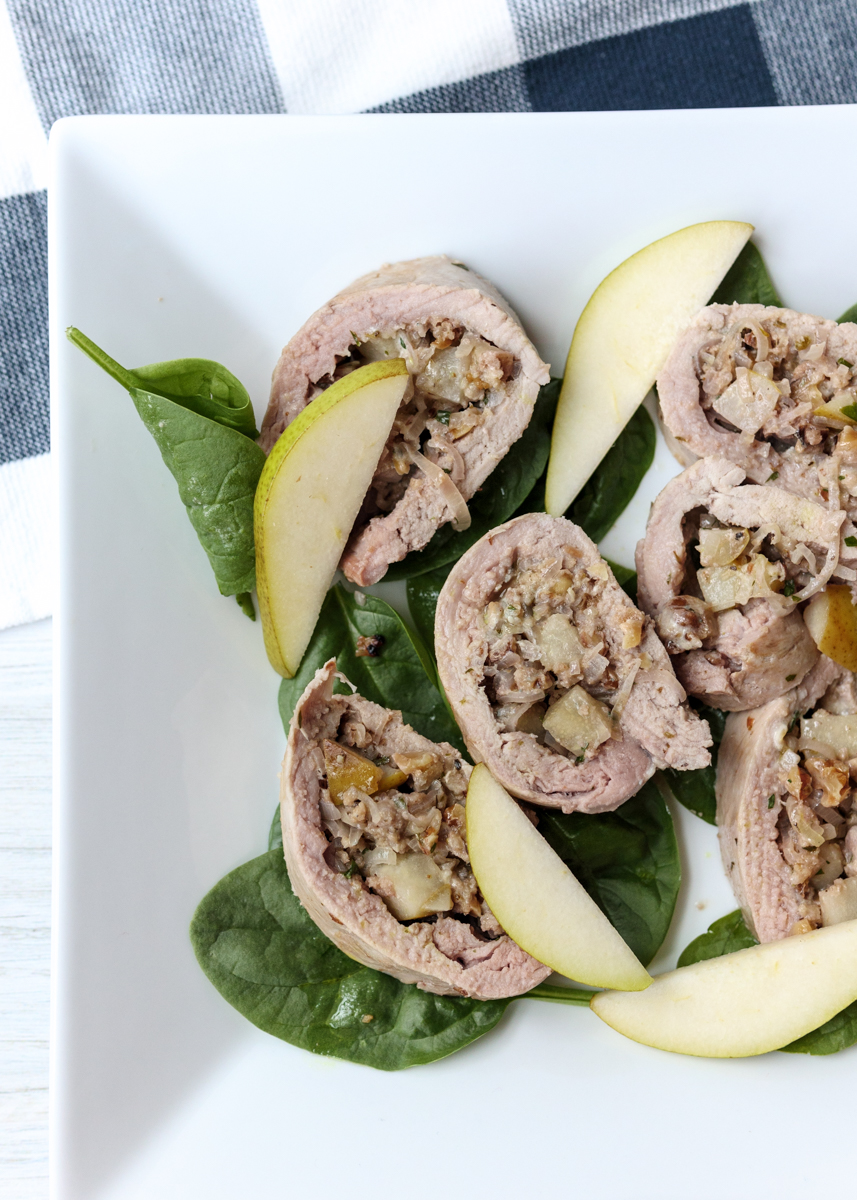 This Cheese and Pear Stuffed Pork recipe came from my recipe binder archives, this time by way of Cooking Light Magazine. The combination sounded intriguing so I thought I would give it a shot. I made it on a night my Dad was coming over for dinner, which was a bold move since he can be a little particular about food. But Mikey liked it! I mean Dad liked it! 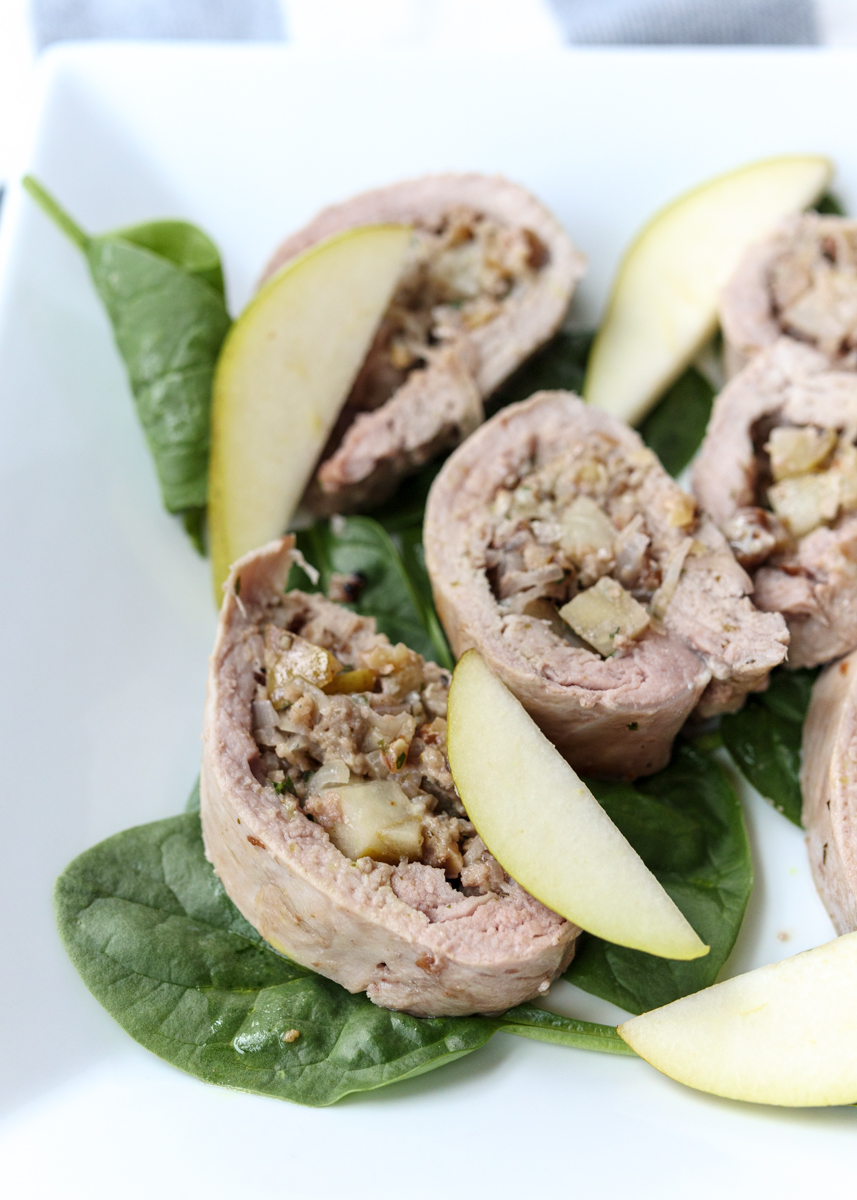 The pork tenderloin is split open and then pounded thin before being stuffed with a creamy and crunchy mixture of blue cheese, walnuts, panko bread crumbs and tart sautéed pears. The whole thing gets rolled up and stuck together with toothpicks, which is a lot easier than it sounds.

Due to all the prep steps to get this pork tenderloin stuffed and rolled, it’s not exactly a weeknight dish, but the great part is that once you have the pork tenderloin prepared you can cover it and stick it back in the fridge until you’re ready to bake it. I served it alongside some green beans and roasted potatoes, but you could also go really light and just serve it over a spinach and pear salad. Enjoy! 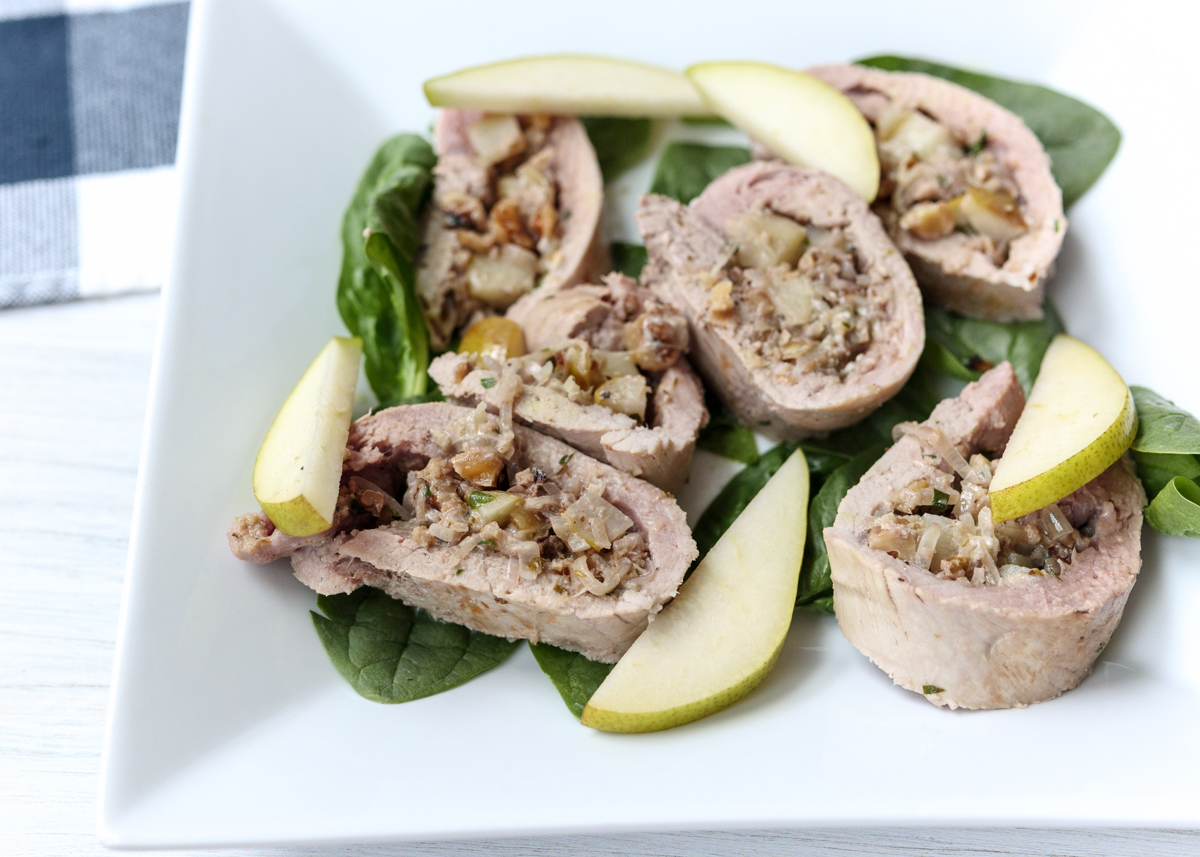 Print
Yield: 6 servings
Ingredients
Directions
Notes
To toast walnuts, bake for 3-5 minutes in a 350 degrees oven, being sure not to let burn.
3.2.2802