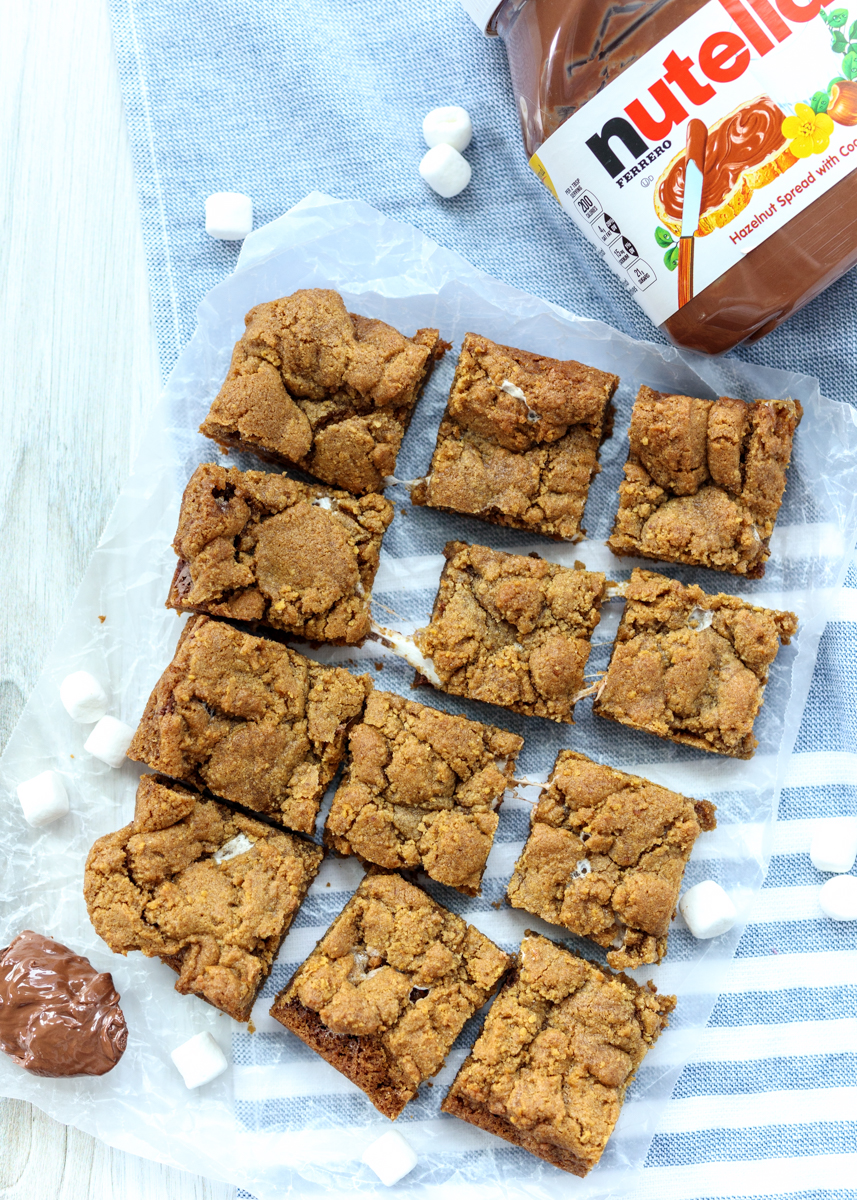 Nutella. S’mores. Bars. Yes, you read that correctly. Graham blondies, Nutella and melted marshmallows combine together for the ultimate on-the-go s’mores treat. Also, tomorrow is National S’mores Day. Not like you need another reason to make these Nutella S’mores Bars as soon as possible. 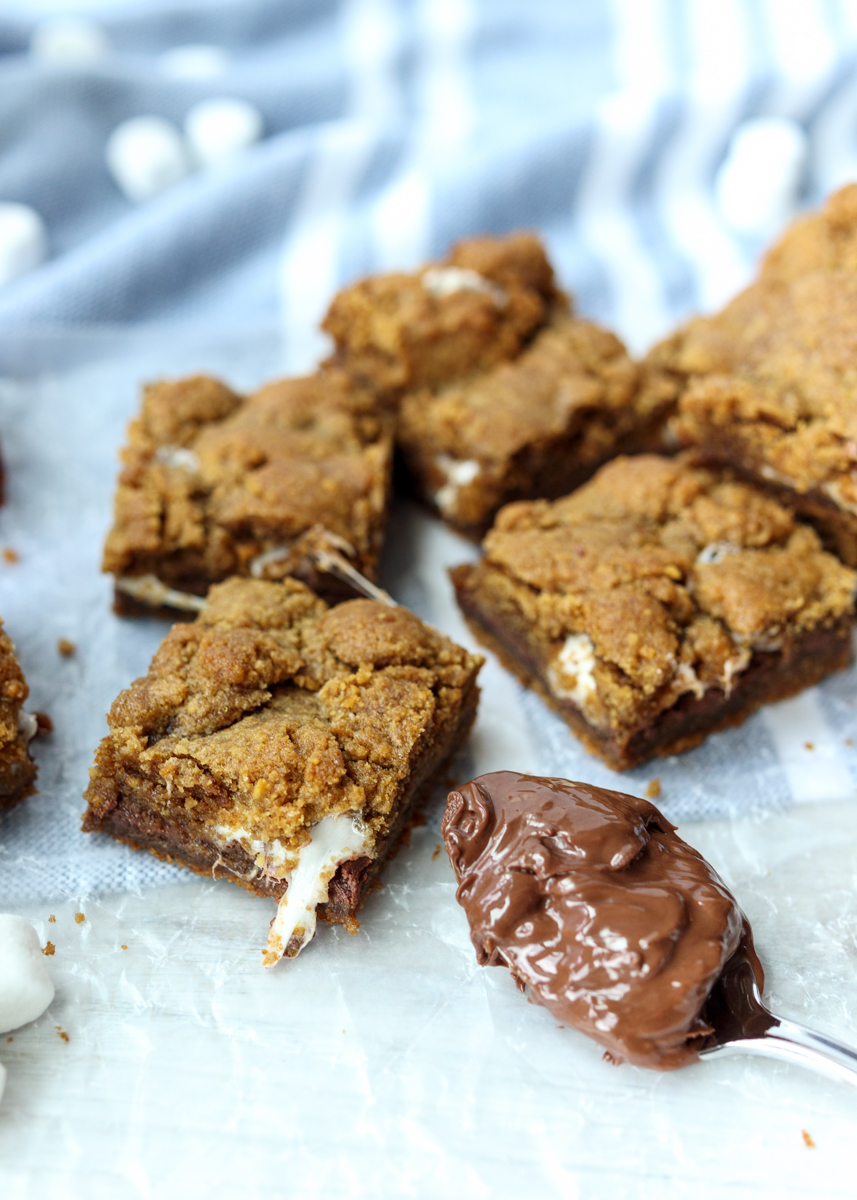 I made these bars for family visiting last summer and they were such a big hit that I look for any excuse to make them now. The graham blondie is made with all brown sugar so it’s perfectly chewy. Layered on top of that is Nutella and then gooey marshmallows. The original recipe calls for marshmallow fluff and I’ve made them both ways. I personally prefer the mini marshmallows because it’s easier to just sprinkle them all over the Nutella layer instead of trying to spread sticky fluff on top of Nutella. 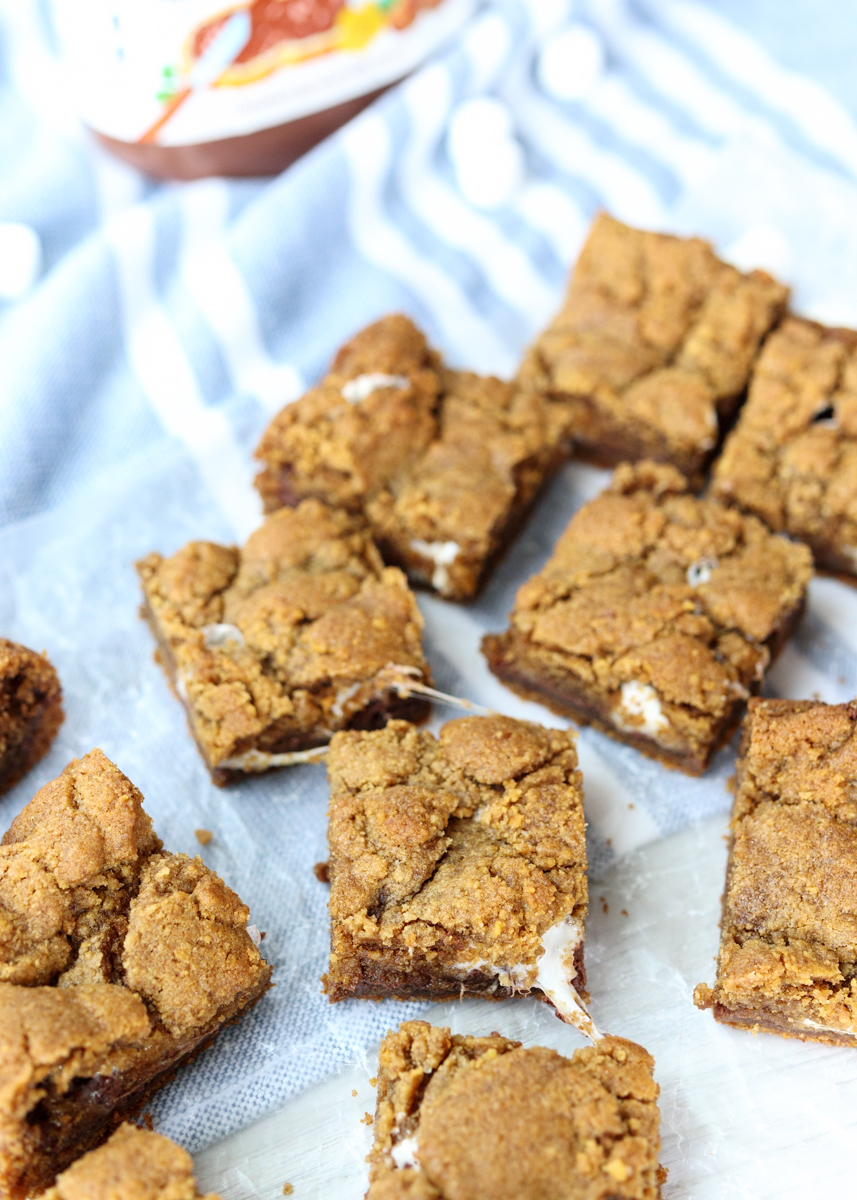 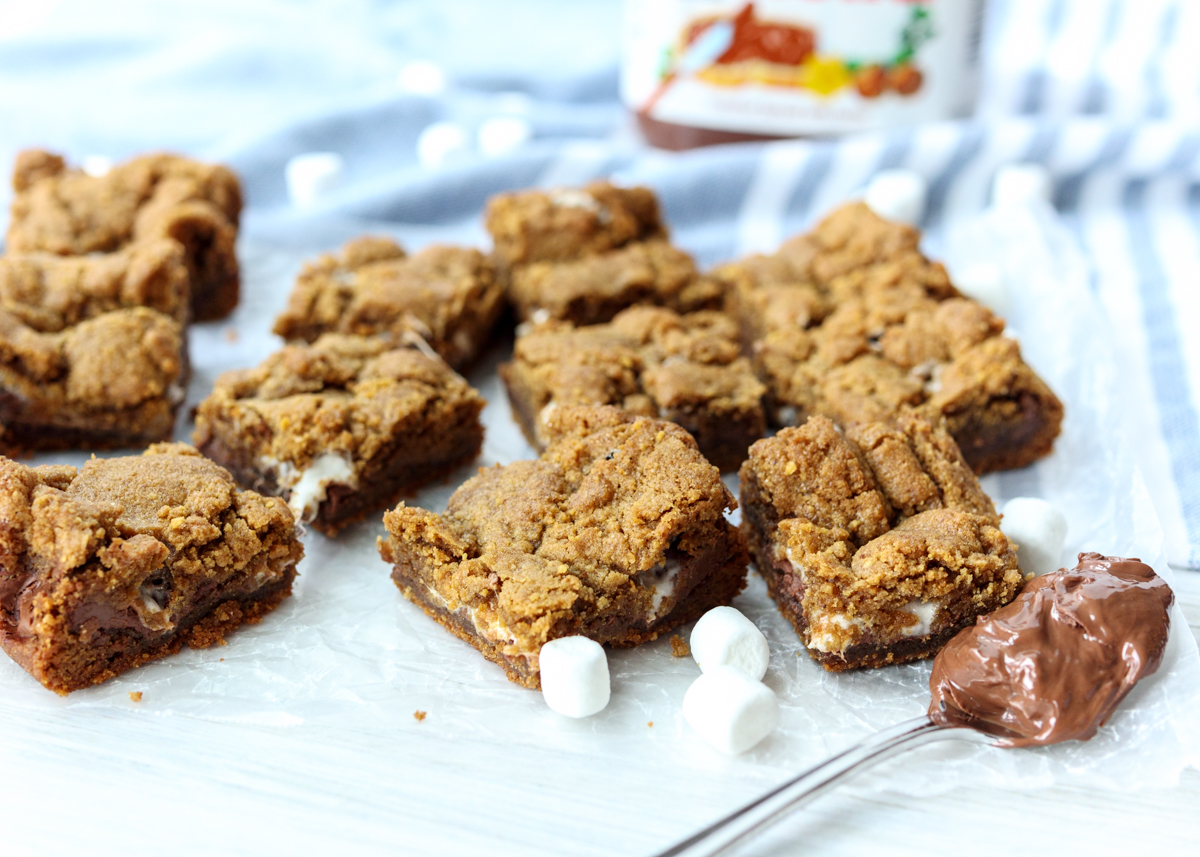 Finally, a second layer of the graham blondie gets put on top and it gets the slightest bit crunchy in the oven. Chewy, gooey and crunchy – yes, please!

Not that you will have any leftover, but these bars do freeze well. I know this because Matt and I have tried putting some in the freezer to avoid eating them all right away, which has only ever resulted in us each eating them out of the freezer every single day after I’ve frozen them until they’re gone. Hmm, I guess that trick doesn’t work well for us, but at least now I know they taste fine after being frozen! I know you all will love these bars just as much as we do – enjoy!

Print
Yield: 12 bars
Ingredients
Directions
Notes
If you have a nut allergy, you can substitute the Nutella with a single layer of chocolate chips or Hershey bar squares.
3.2.2802
Recipe from Buns in My Oven.