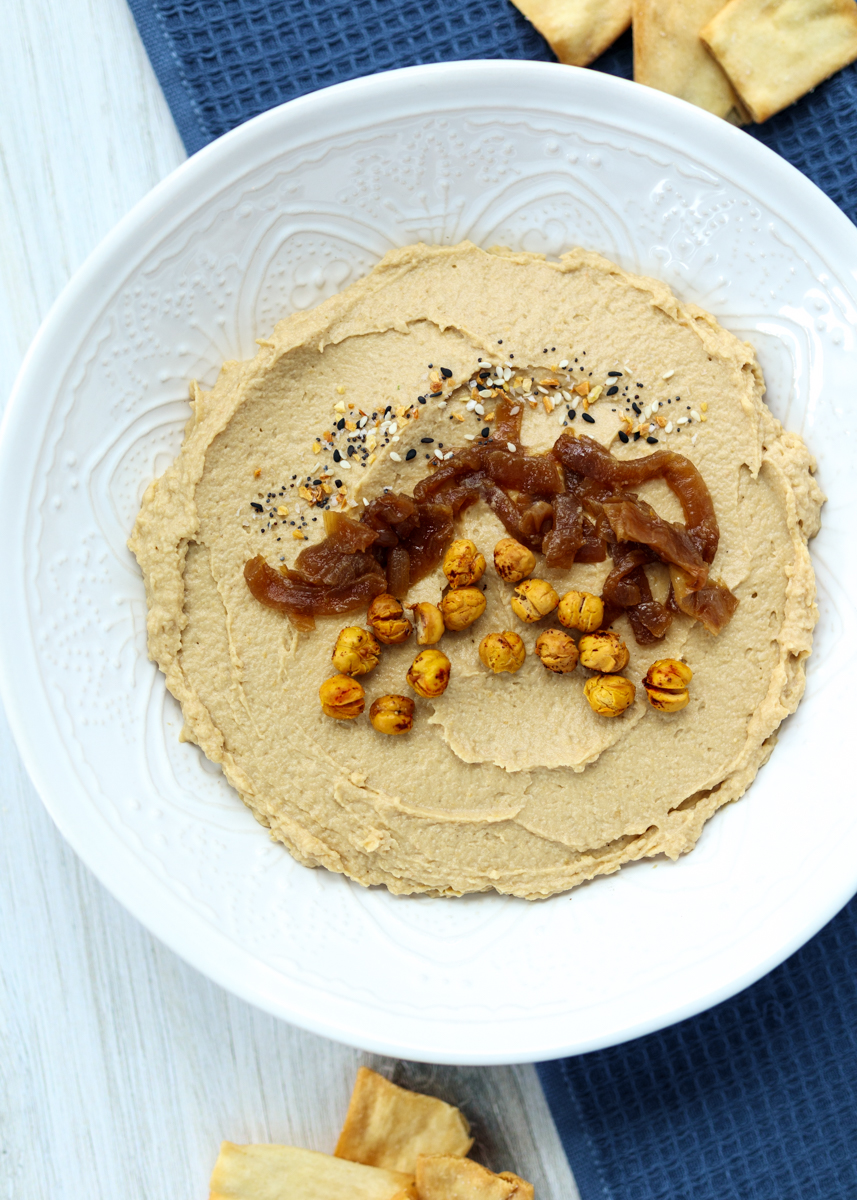 I hope you all had a great weekend! Mine was unusually event-packed with a Kelly Clarkson concert, skiing and a Shin Lim show, who was the magician who won last season of America’s Got Talent. He also won the most recent America’s Got Talent Championship season, which I didn’t watch, but it was apparently a mix of returning winners and runner-ups. Anyways, Shin Lim does close-up magic and if you haven’t seen him perform before you should go watch some clips of him on YouTube. Seeing it in person was even crazier; every trick literally left me speechless, except for “How did he do that?!” 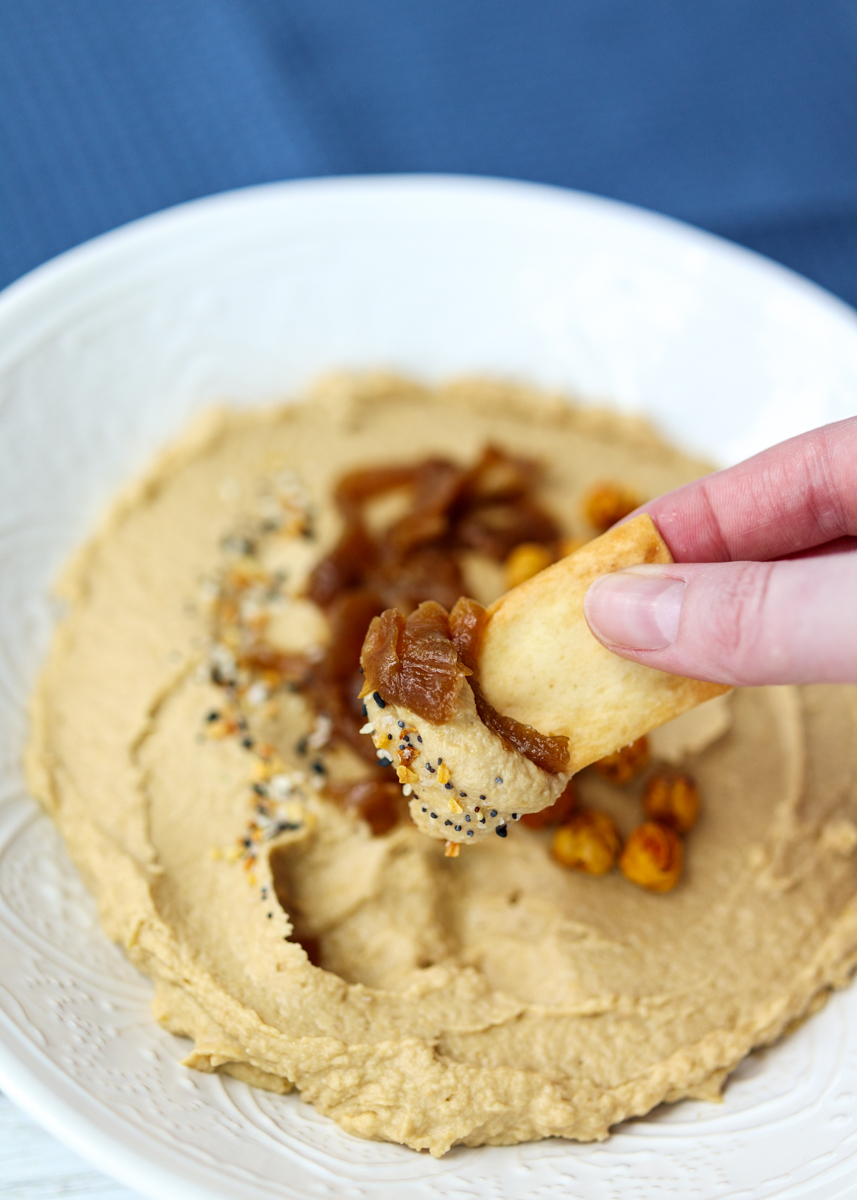 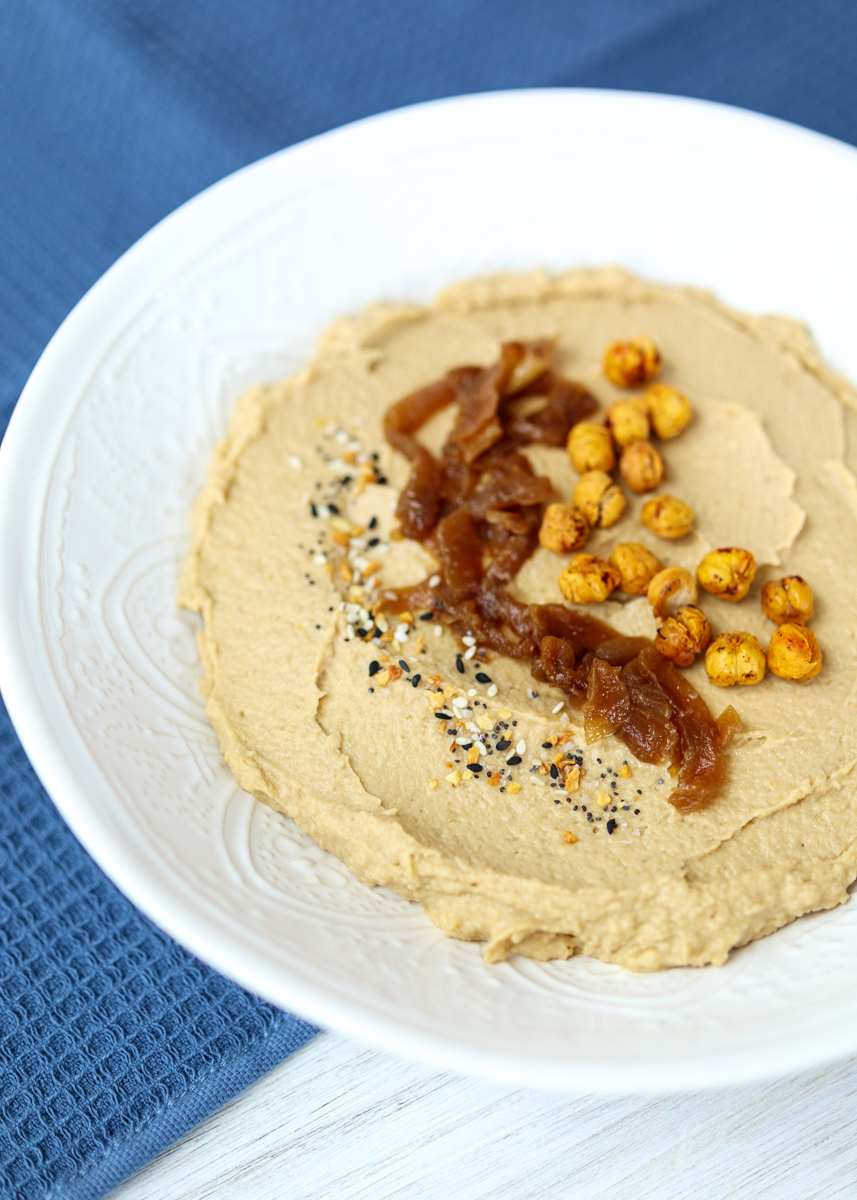 After buying it a few weeks in a row I decided to recreate it at home, especially since I was planning on making caramelized onions for the Barbecue Meatloaf Sandwiches. Caramelized onions add a whole level of richness and sweetness to hummus. 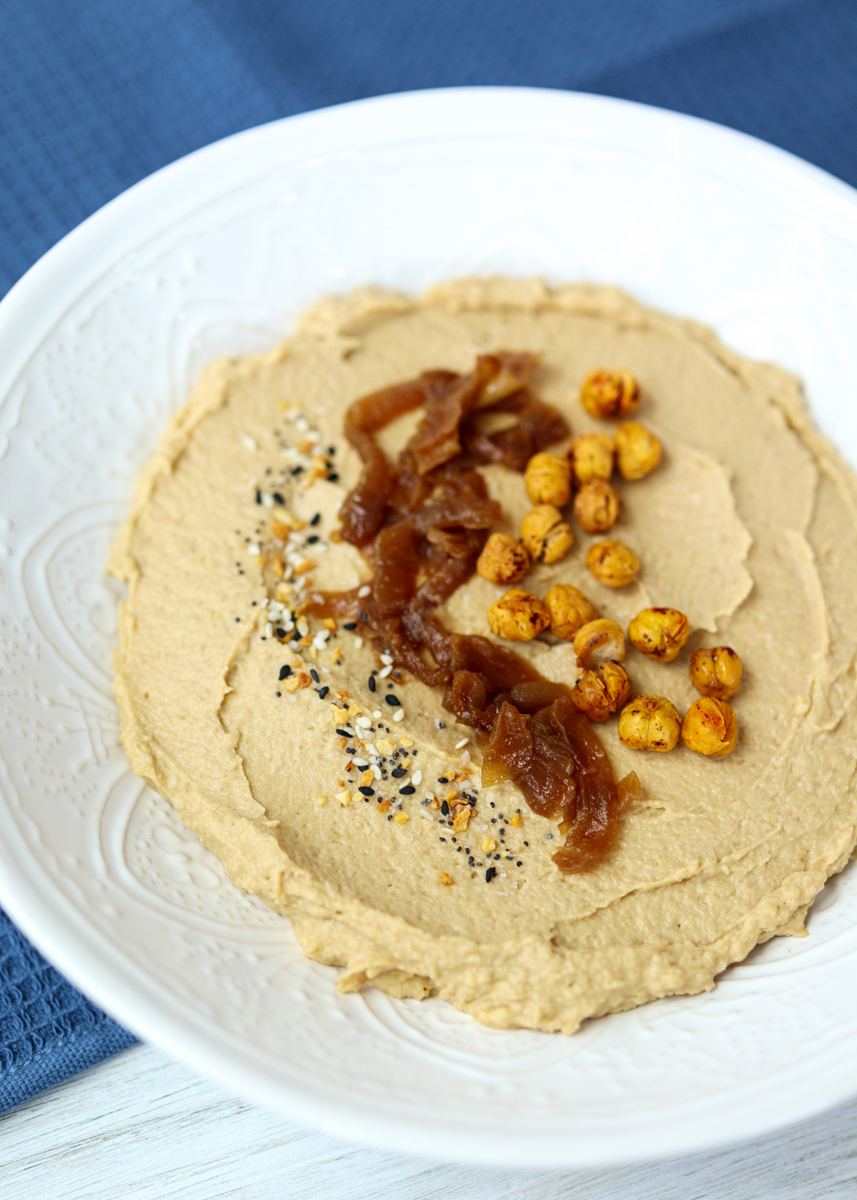 The hummus is really creamy and gets just the right amount of acidity from some lemon juice and apple cider vinegar. I served the hummus topped with caramelized onions, crispy chickpeas and some Everything But the Bagel Seasoning from Trader Joe’s to add some extra savory flavor. We ate ours with pita chips and veggie slices, but I also love hummus spread on sandwiches or in a salad. 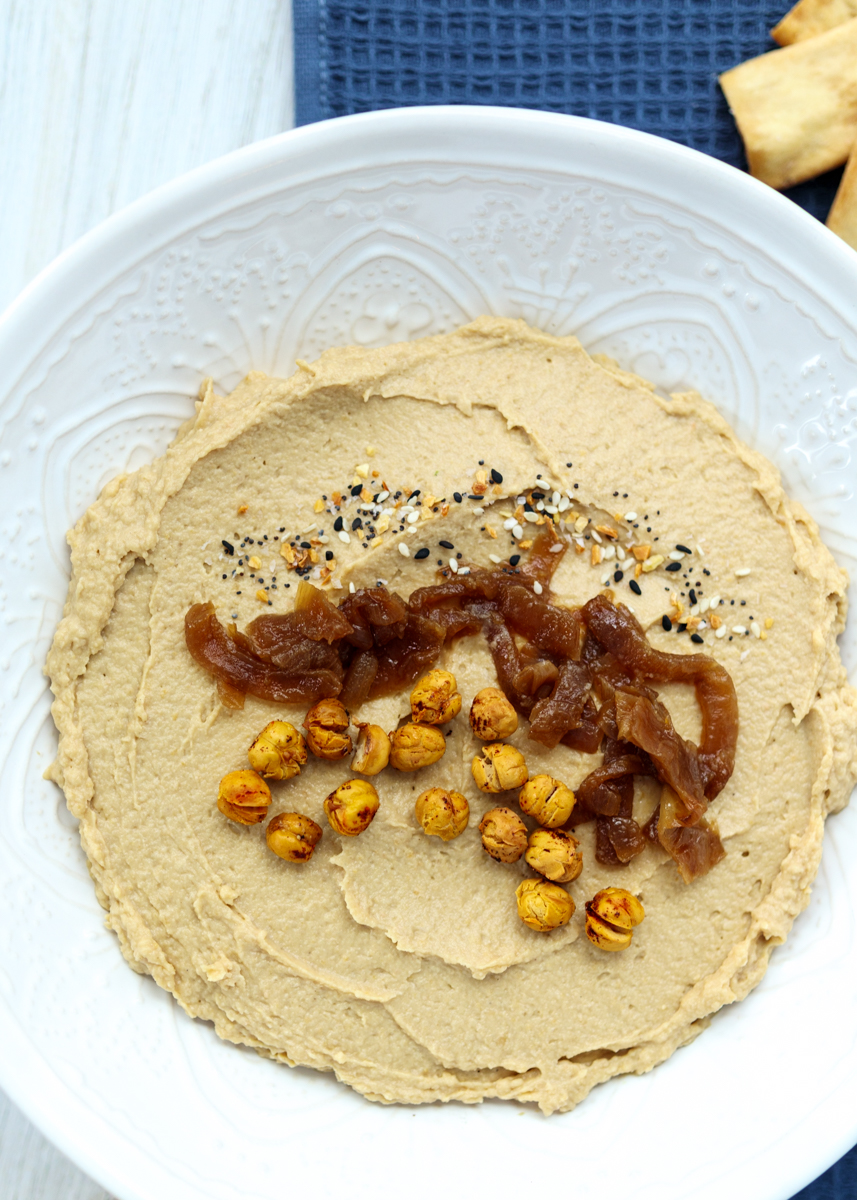 I tried something new with the hummus this time as well and it turned out so good that I’ll be sharing it with you on Wednesday! And so good that I made it three nights in a row last week for Matt and I to snack on before dinner. So stay tuned! 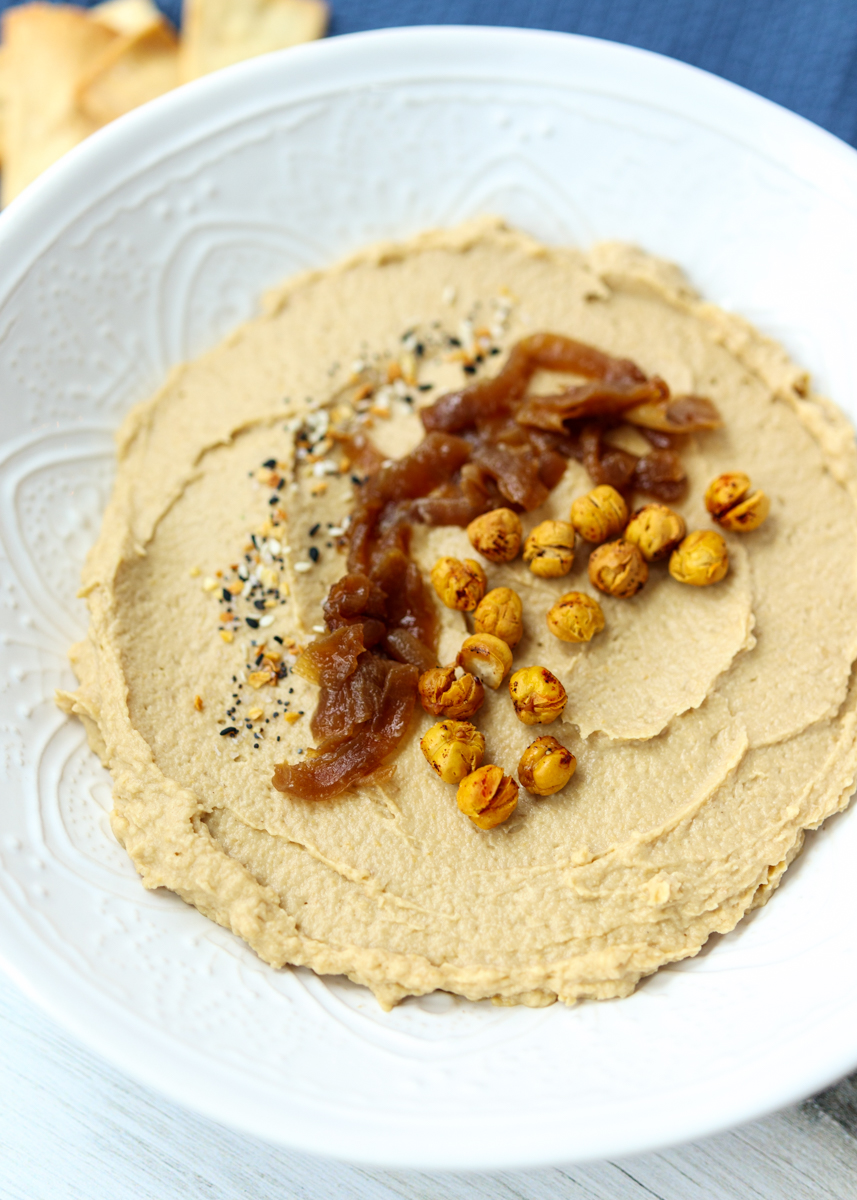