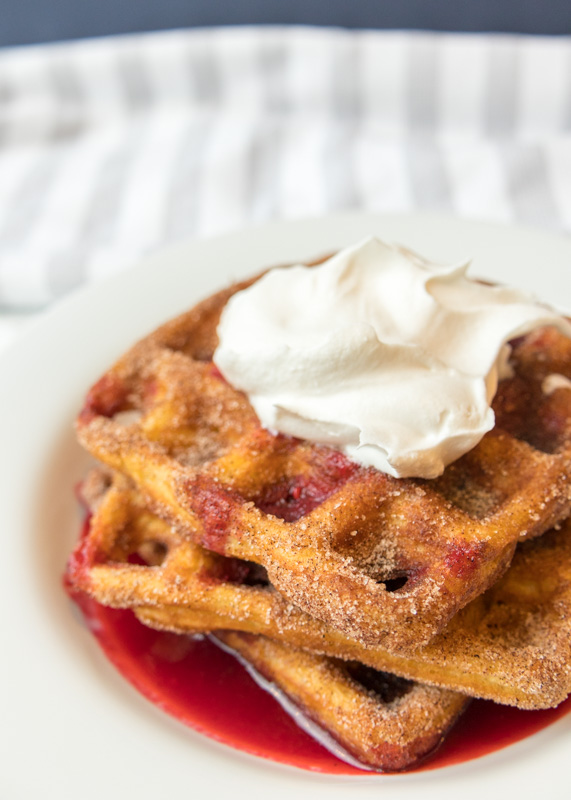 Churro waffles! Yes! If you thought waffles couldn’t get any tastier just look at these photos. Crispy outside; soft inside; these waffles have been coated in cinnamon-sugar to channel some serious churro vibes. I stumbled across these insanely delicious waffles because last year for Matt’s birthday my brother-in-law, Nick, was coming to visit and I wanted to come up with a special menu. Matt’s birthday falls on the 5th of the month so I decided to deem the day Cinco de Matto and serve my spin on Mexican food all weekend. 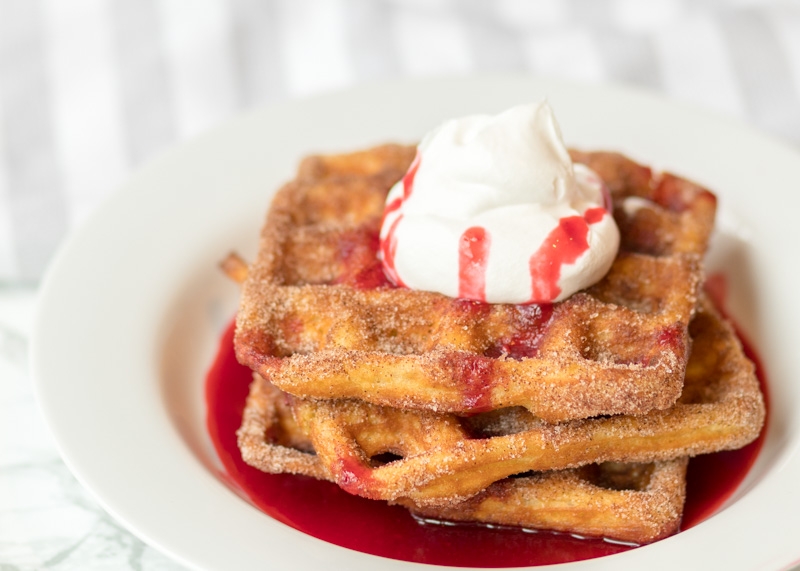 When deciding what to make for brunch, I immediately thought of churros since Matt loves them. I do too, I mean, who doesn’t like fried dough covered in cinnamon-sugar?! When I saw the churro waffle recipe from one of my favorite food bloggers, Half Baked Harvest, I knew I had to make them. 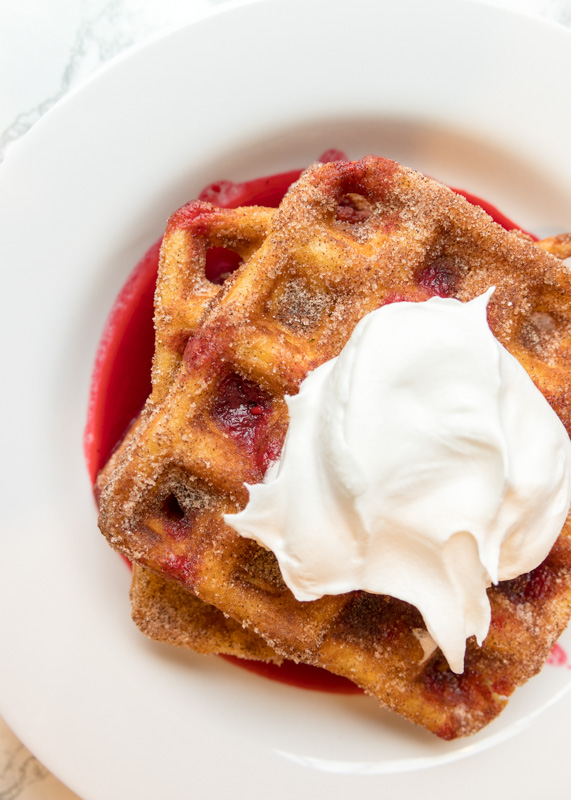 I wanted something to brighten up the waffles and Matt loves raspberries so I went with a raspberry puree. The acidity of the raspberry sauce cuts through the sweetness of the churro waffles and is a great accompaniment. Other than churro waffles, this raspberry puree would work with a lot of other recipes, from drizzling over cheesecake to mixing into plain Greek yogurt. But today, we are using it to amplify these already awesome churro waffles. I used my Perfect Buttermilk Waffle batter for these before coating them in the cinnamon sugar. 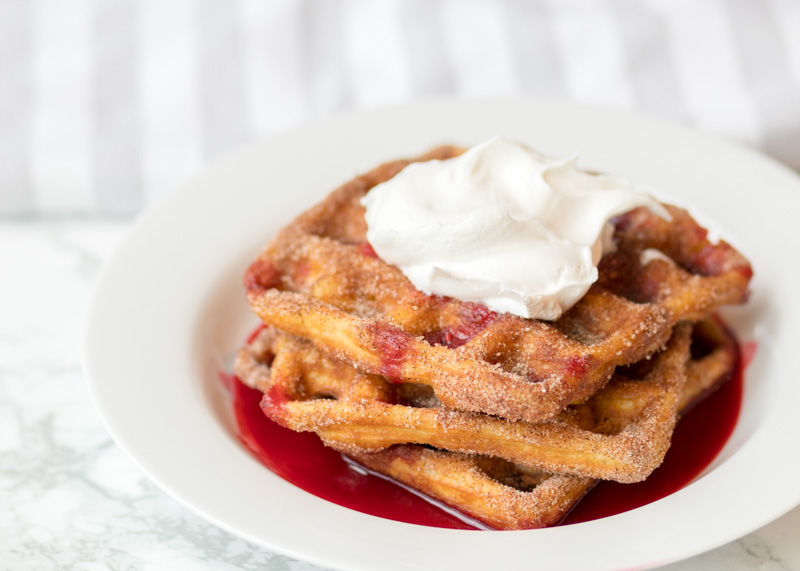 Another fun idea for kids, or adults who like to eat like kids sometimes, would be to cut the waffles into strips before coating in the cinnamon-sugar – perfect for dunking into little bowls of the raspberry puree! You could lightly toast the waffle strips after cutting them to make sure they hold up to the dunking. Now all I can think about are waffle strips and how I want to go make some, but I digress. I hope you try these Churro Waffles with Raspberry Sauce soon! Or today since it is Waffle Wednesday, folks! 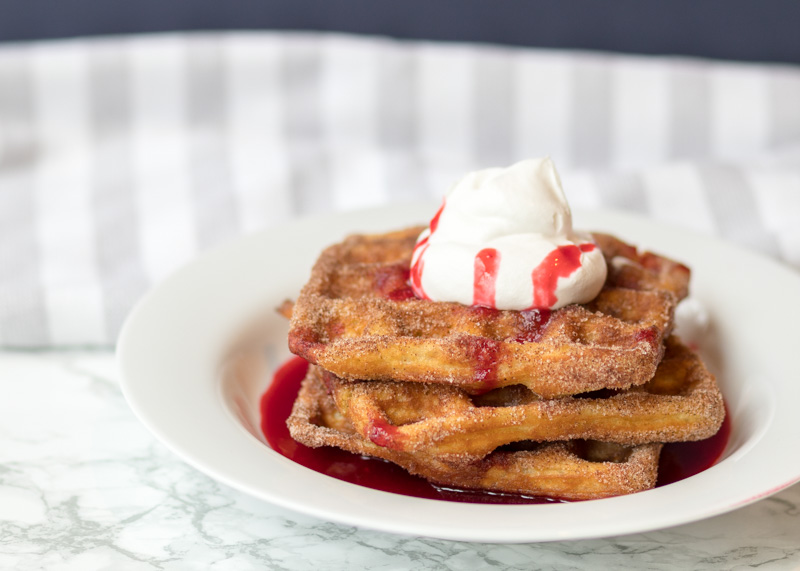