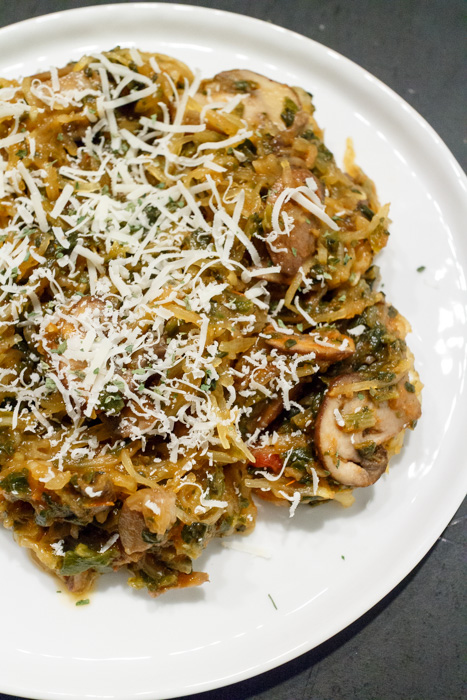 Sometimes I’m in the mood to just go to town on a big plate of food. I don’t like feeling guilty about it though so I recently came up with this easy stuff-yourself-silly dish:  spaghetti squash with spinach and mushroom marinara. Are you familiar with spaghetti squash? When baked the squash’s strands resemble angel hair pasta in appearance and texture. The taste is pretty mild and is a great pasta substitute. Plus one cup of cooked spaghetti squash has only 42 calories. Yes I typed that number accurately. 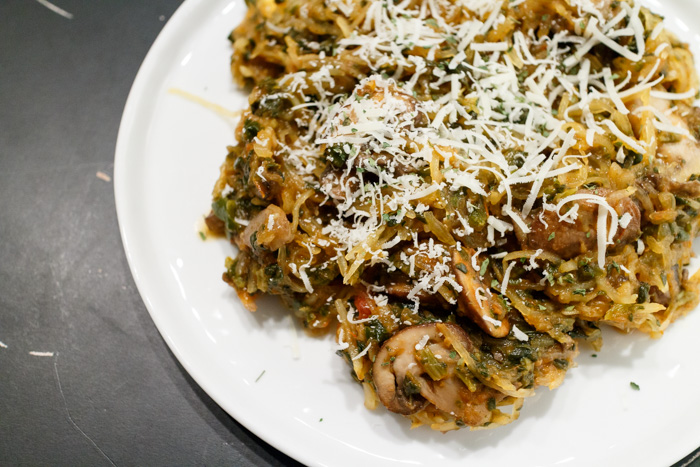 When you get home from the grocery store with this huge oblong squash your first challenge will be breaking the sucker open. Do not underestimate this task! You will need a large sharp knife and a level cutting surface. It may take a few tries and certainly will not be perfect, unless of course you are skilled in the art of slicing large hard objects in half lengthwise, but try your best. 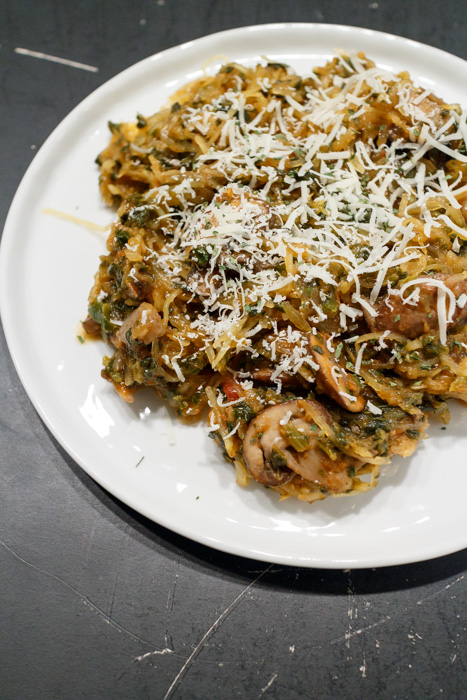 Once the spaghetti squash is cut in half you will shake your head and think I’m playing an early April Fool’s Day joke on you as you wonder how in the world is that solid hunk of squash ever going to resemble spaghetti strands. Well you just have to trust me on this! It is purely amazing food magic. Scoop out the seeds then bake the squash until tender. Once it’s cool enough to handle a simple scraping with a fork transforms the squash into thin strands. Mix with some marinara, cooked spinach, sautéed mushrooms and fresh Parmesan and you’re ready to indulge!