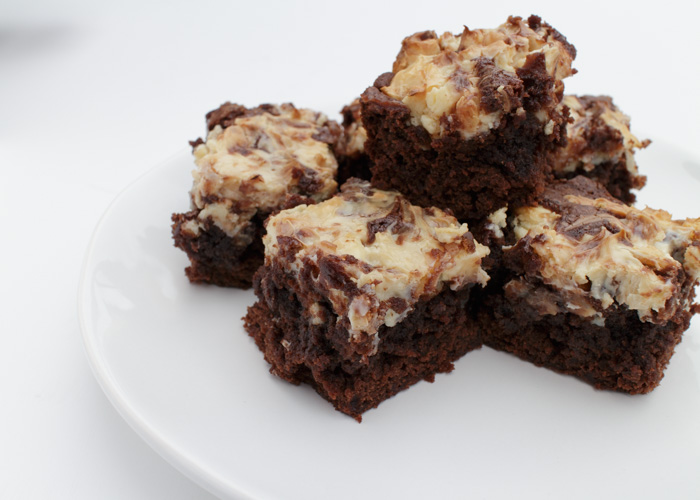 Did you know Tuesday was National Dessert Day? I didn’t until I saw hundreds of dessert pictures on Instagram. As I scrolled through picture after picture of gooey, velvety indulgence I thought to myself, “why is my phone not edible?” I mean, “I should share a dessert recipe with my Lemon & Mocha readers!” Yup, that’s what I said. 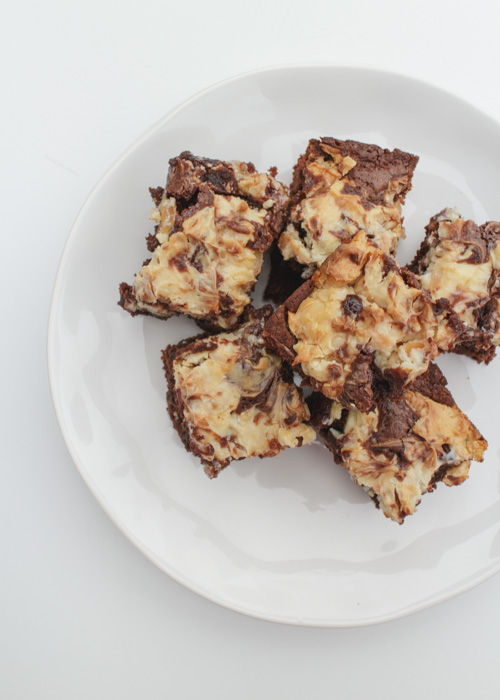 I knew it would have to be decadent and of course there is nothing more glorious in the world than chocolate. But chocolate with a creamy cheesecake layer? Heavenly. The first time I made cream cheese swirl brownies I could not believe how easy it was. That right there is truly dangerous knowledge. 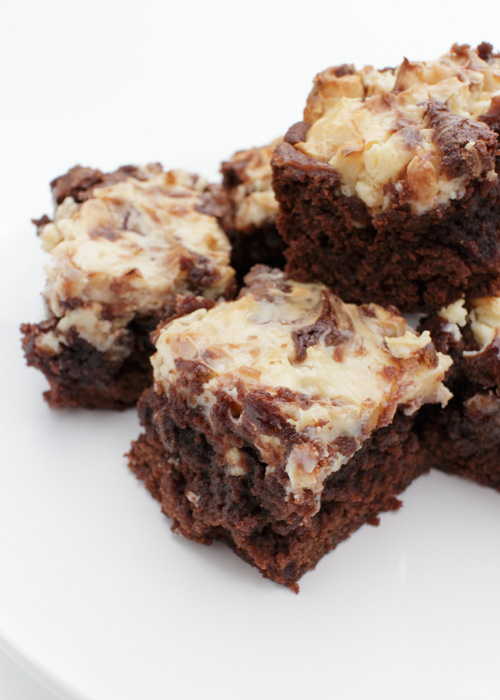 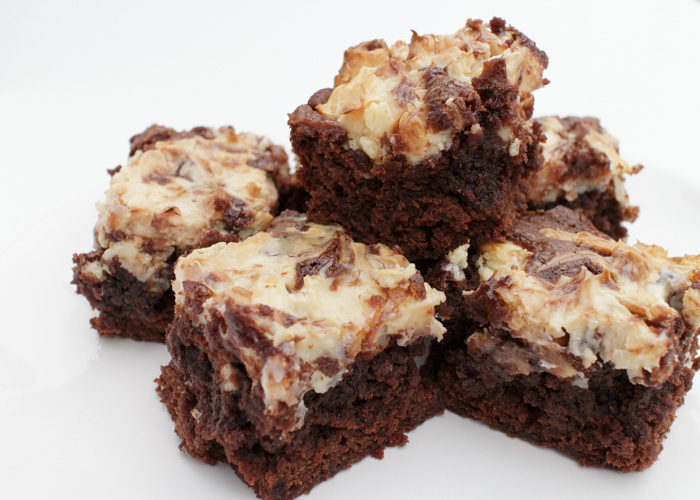 I am sure many people out there share this same obsession as it makes un-real brownies in the most amazing way possible. I am always about making recipes and ingredients completely from scratch, but I haven’t even attempted making brownies from scratch because I love this box mix so much. 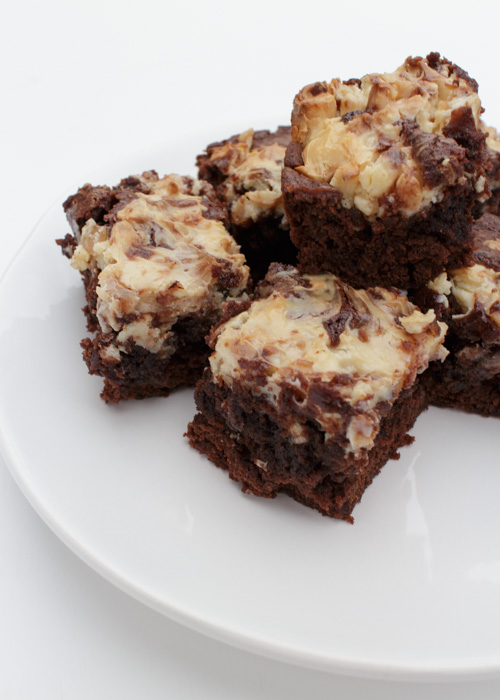 I said it world, I love a box mix! If you have an unbelievable scratch brownie recipe though please send it my way as I would love to test it out. Anyways, back to these coconut cream cheese brownies. Make them. That is all.

Leave a Reply to Emily Cancel