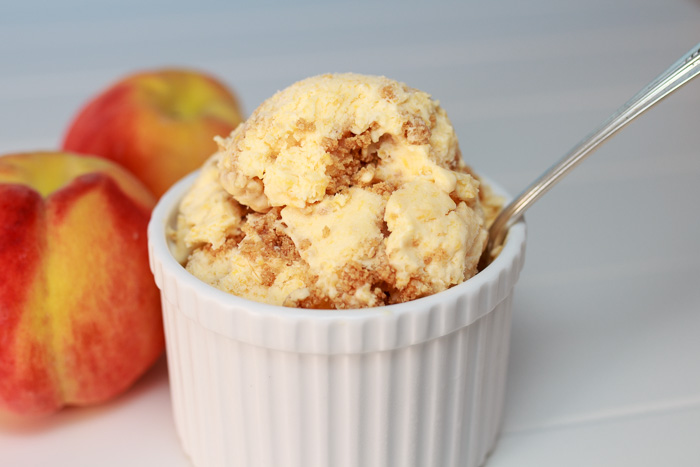 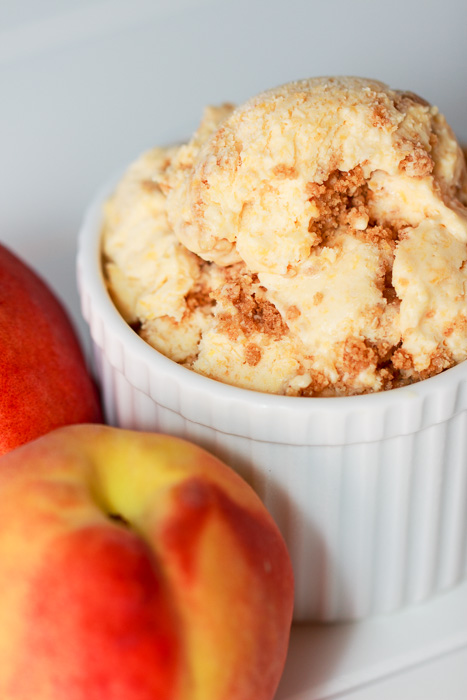 My favorite ice cream cookbook has a peach ice cream recipe, but I’m all about kicking it up a notch. Instead of fresh peaches I decided to use my browned butter peaches to give the ice cream base a richer depth of flavor. 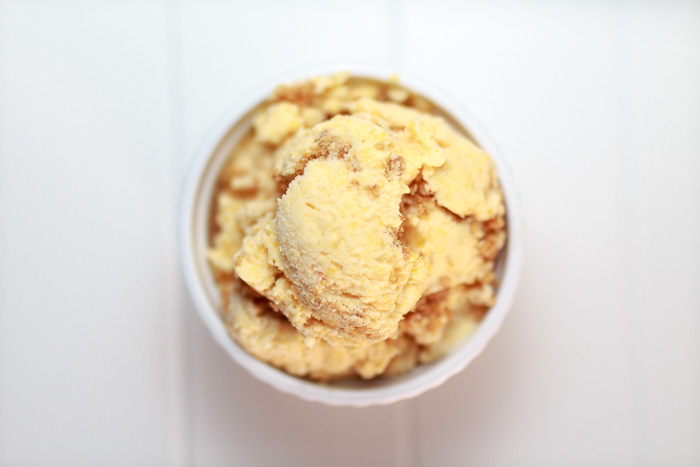 I then decided that browned butter peach ice cream was too simple and was calling for a change of texture. That’s where the graham cracker crumble comes into play. This ice cream tastes like a peach crisp dessert in ice cream form. 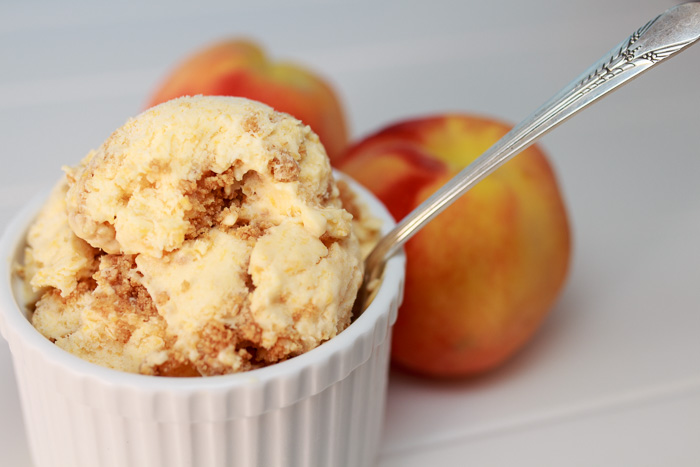 I guess the title of Peach Crisp Ice Cream would have been a lot more concise, but I like to be descriptive. I also didn’t want to deceive people because when you think of a crisp dessert you could be thinking about one of two different toppings. There is the rolled oat topping, that I of course am not a fan of with my new oat allergy. Then there is the brown sugar crumble topping. I’m not sure which is more traditional, but this ice cream incorporates the later. 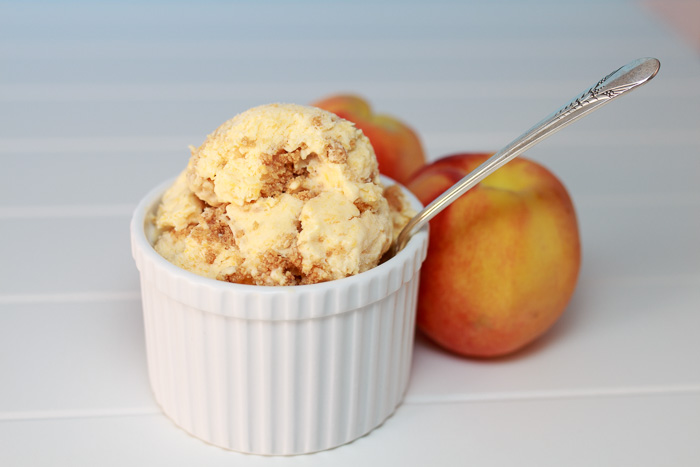 Matt has proclaimed this browned butter peach ice cream with a graham cracker crumble as his favorite homemade ice cream. Maybe it will become your favorite, too! 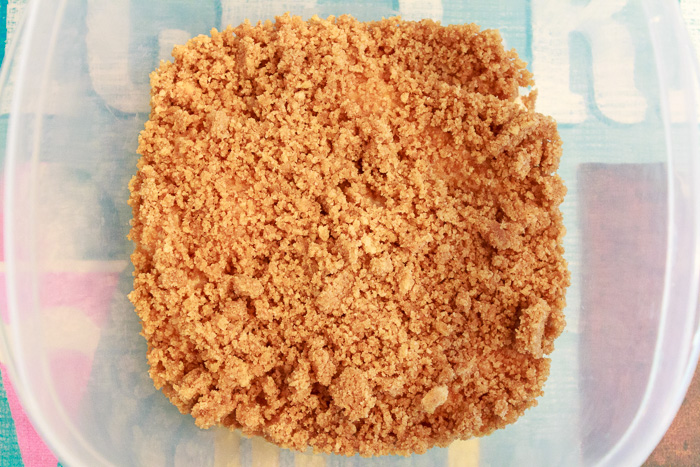 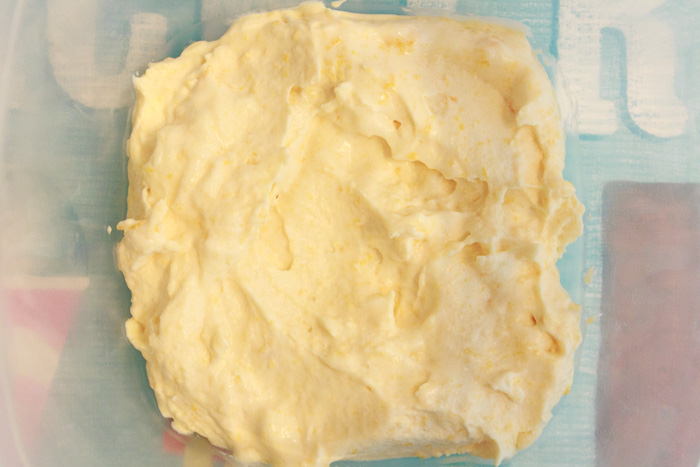 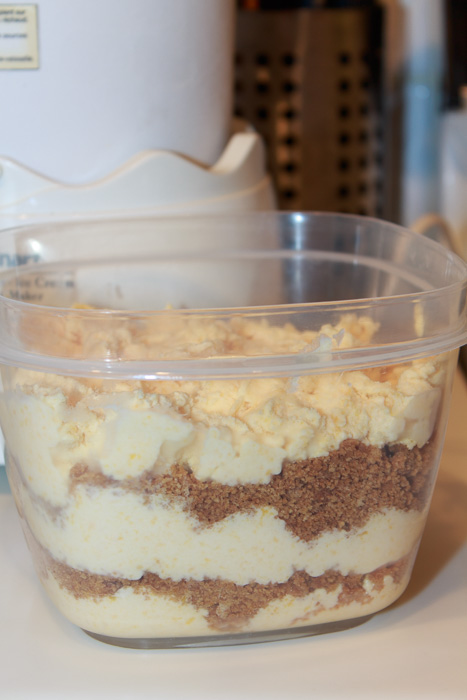