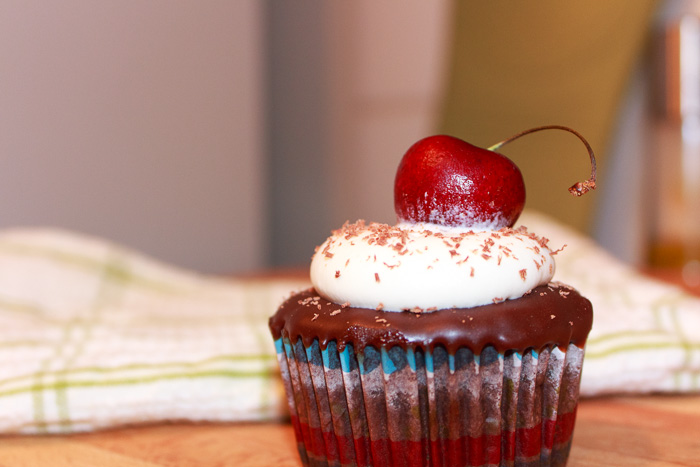 Ever since I discovered how simple it is to fill cupcakes I have become obsessed with creating multi-component mini cakes. The added layers of complexity take an already delicious treat from a “yum” moment to a “wow” moment. Or, if you’re lucky, a “wow-I-can’t-breath-because-I’m-too-busy-shoving-this-amazing-cupcake-in-my-mouth” moment. 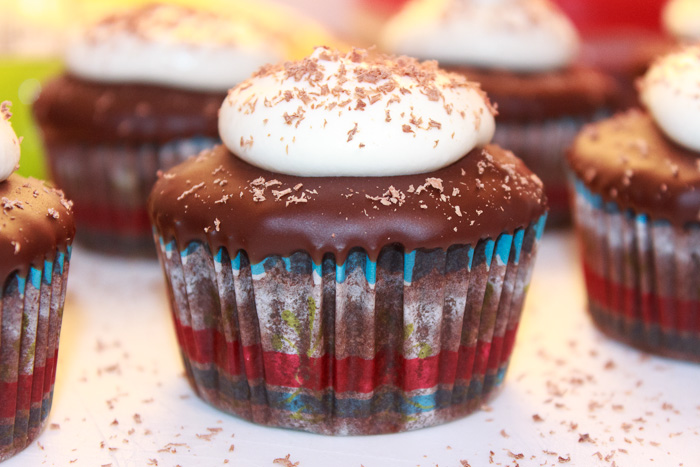 When I was challenged with creating a cupcake rendition of the German classic Black Forest cake I set right to work. The essential makings of a Black Forest cake are chocolate cake, whipped cream and cherries. The chocolate cake aspect was easy as I already have my perfect chocolate cupcake recipe memorized. I decided to keep the filling simple by using pre-made cherry preserves to give me more time to focus on the whipped cream, but you can certainly make the cherry preserves yourself if you are feeling extra ambitious. 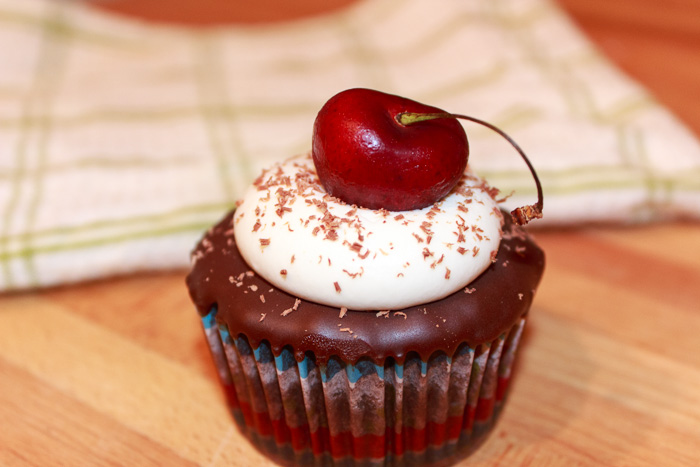 Before getting to the whipped cream topping I knew these cupcakes had to have a little something extra. Although the cupcakes are chocolate I wanted something additional since more chocolate is always better. The most delightful chocolate ganache was hardened on the top of each cupcake to create a wonderful hard shell to contrast the lightness of the fluffy frosting, while also helping cover up the incision marks from filling the cupcakes.

Then onto the final piece: the whipped cream. The whipped cream would have to be light and airy, while still being sturdy enough to act as a frosting for the cupcake. With a bit of tinkering I achieved the perfect texture and was soon piping it into my mouth. I mean onto the cupcakes. Topped with some shaved chocolate and a fresh cherry the Black Forest cupcakes were completed. When you make these cupcakes be sure to admire their beauty before serving them as they won’t last very long! 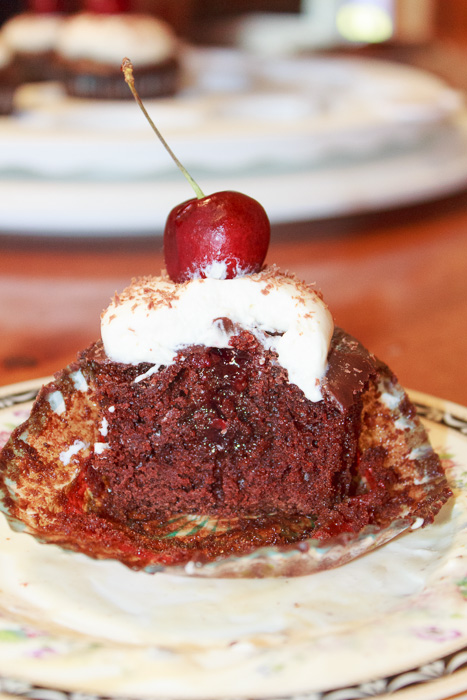