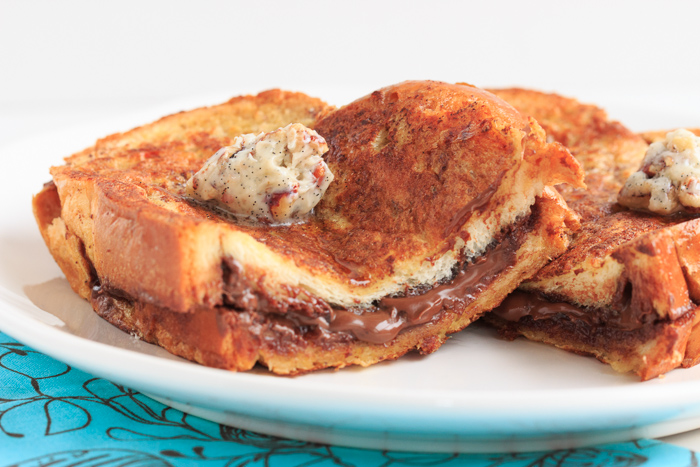 I have a confession to make. I have never made french toast. Well, before today’s post of course. It had been sitting on my kitchen bucket list of fifty things I want to conquer in the kitchen for quite some time now so when Matt suggested making it I decided to rise to the challenge. Except it wasn’t a challenge at all! French toast is so simple that I cannot believe I put it off for so long. 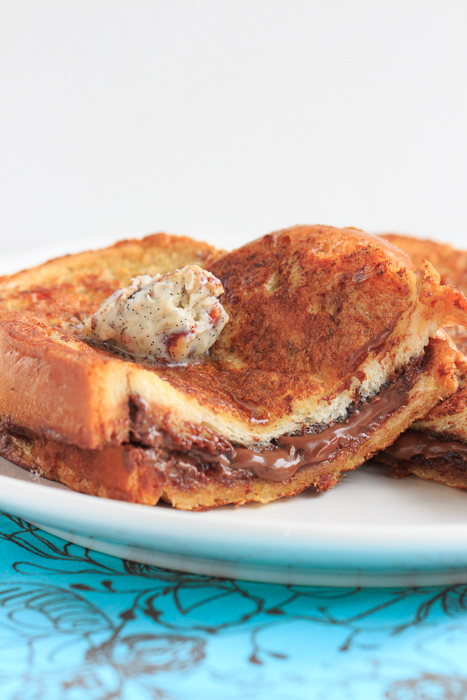 Today’s creation is Nutella stuffed french toast with vanilla pecan butter. I’ll give you a minute to let that sink in. I had a jar of chocolate hazelnut spread sitting in the cabinet after making some other sweet treat I will be sharing with you in a few weeks. I was wondering how we should use it up so I wouldn’t succumb to eating the whole jar with a spoon and asked Matt what he thought we should do with it. Without hesitation he suggested making Nutella french toast and using up the leftover vanilla pecan butter from the pomegranate brussels sprouts. Genius! See why I love this guy? Well also for other reasons besides his knack for all things delicious and resourcefulness in the kitchen, but that’s not important right now. 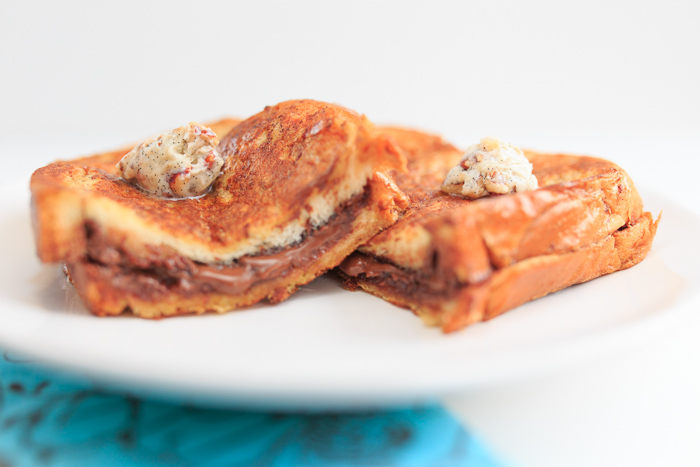 What is important is that you grab some Nutella, crack a couple eggs and start making this french toast right now. Unless of course you’re at work or it’s the middle of the night and you are fresh out of chocolate hazelnut spread. Otherwise you have no excuse! At a friend’s house? They won’t mind if you borrow their kitchen for this dish. Dinnertime? Hello, ever heard of breakfast for dinner? In a canoe in the middle of a lake? Well what the heck are you doing reading my blog right now? 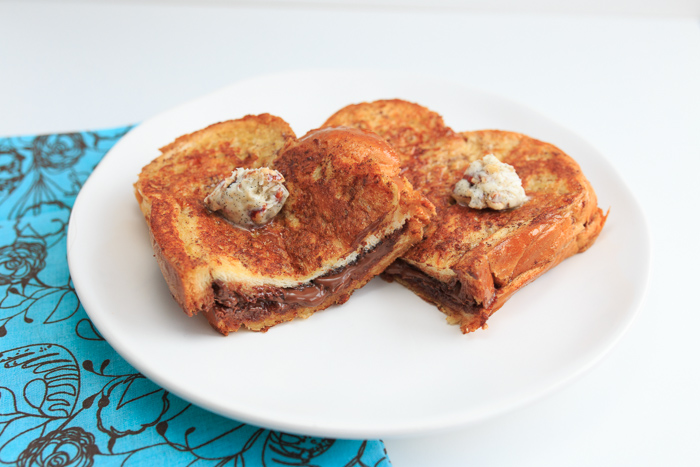 I used challah for my french toast, but you can really use any type of bread as long as it doesn’t have a lot of holes. Brioche is a popular choice because it has a high butter and egg content so it adds a nice richness to the dish. The thick slices of french toast slathered with creamy chocolate hazelnut spread and then griddled until crispy on the outside while still soft on the inside was enough to make me swoon. But then I added the butter speckled with real vanilla bean seeds and crunchy toasted pecans and I was in heaven. Complete breakfast or snack-time-dinner-time-just-not-canoe-time heaven. Enjoy!