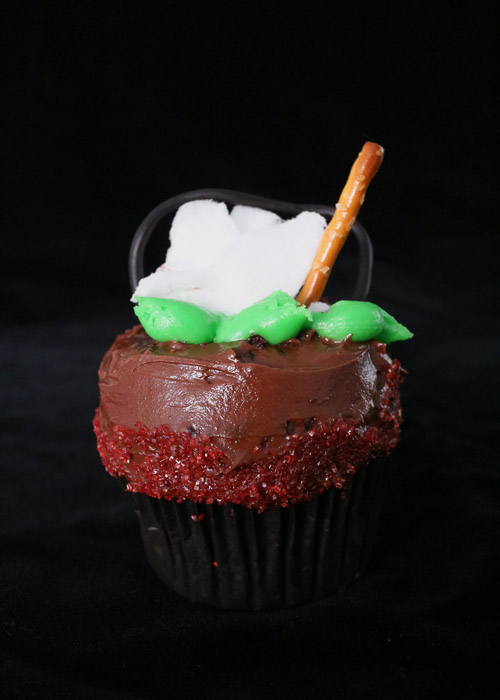 Halloween is my favorite holiday, right after Christmas and my birthday. Just kidding about the birthday part… maybe. A day where it’s equally acceptable to gorge on candy, dress up in a ridiculous costume and watch Disney Channel Halloweentown movie marathons? Count me in! My love of Halloween also comes from my dad. Anyone who knows my dad is aware of how infectious his excitement and enthusiasm is, and since Halloween is his number one favorite holiday the fondness rubbed off on me throughout the years. From helping my brother and I with haunted house creations to every year faithfully taking us to the neighborhood with the best candy to embarrassing me by showing up at my college dorm in a full clown suit, my dad has always made sure I associated Halloween with fun and laughter. 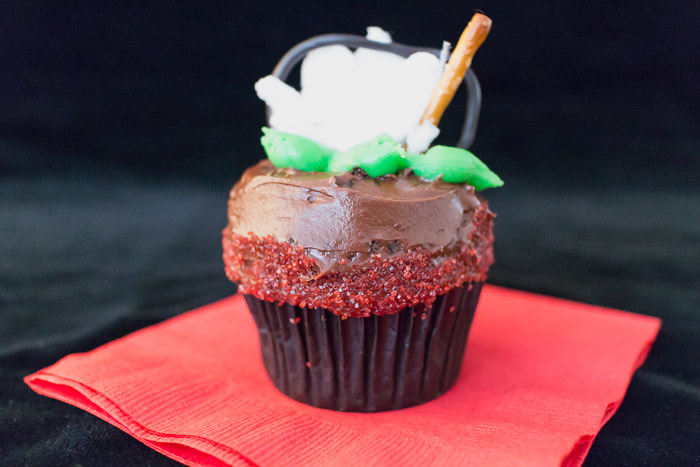 These cupcakes may take a bit of work, but they are cute, fun and will definitely put a smile on everyone’s face this Halloween. I saw these cauldron cupcakes in last year’s Halloween issue of Food Network Magazine and have been counting down to Halloween so I could make them. The cupcakes look spooky and taste delightful so it’s win-win!

Print
Yield: 16 cupcakes
Ingredients
Directions
Notes
Do not put these cupcakes in the fridge as it will cause the cotton candy to dissolve and shrivel. I found cotton candy in the candy section of my grocery store. I had to go to quite a few different candy stores to find black licorice laces, but you could always use red laces if you are unable to find black laces.
3.2.1255
Inspiration from October 2012 issue of Food Network Magazine.
Find the chocolate cupcake and frosting recipe here.