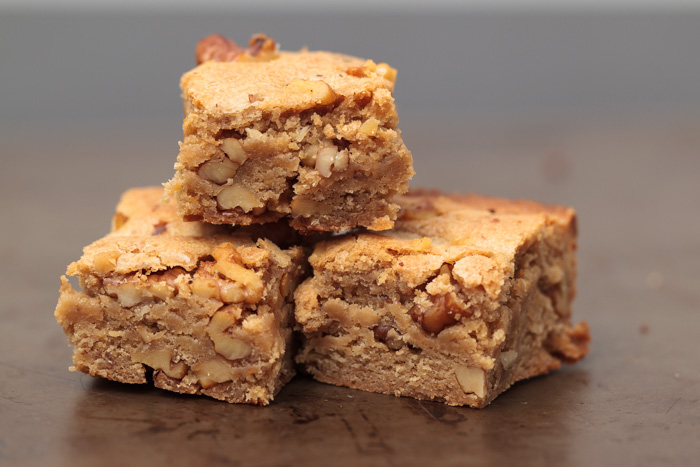 Today is part three of Lemon & Mocha’s holiday brownie extravaganza series! After this we are going to take a minor break from the brownies, but they will be back soon, I promise! 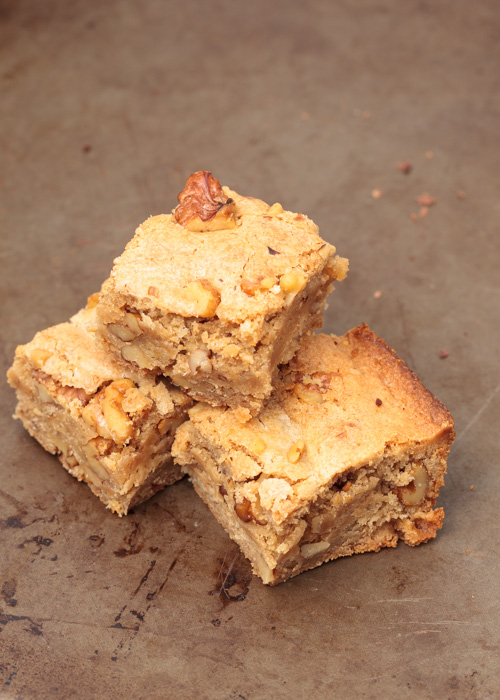 When I was looking over my brownies that I had dipped, drizzled, dunked and doused in chocolate I realized the brownies were missing their tasty counterpart: the blondie. A blondie is basically a chocolate-less brownie and I love them equally. Ok, maybe the chocolate lover in me likes brownies more, but blondies are also extremely tasty. Especially when they have chocolate chips. 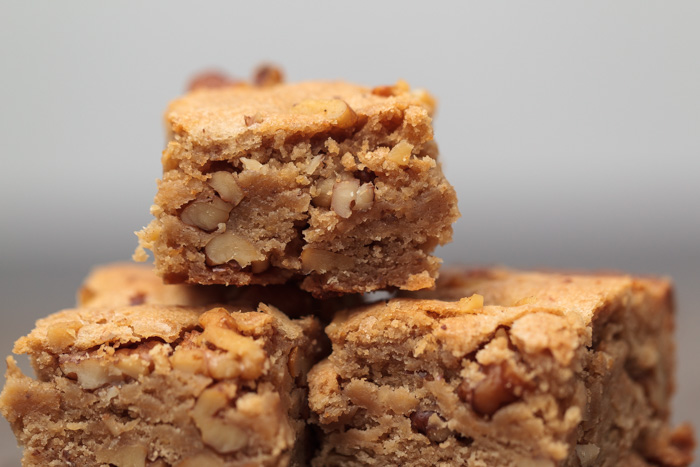 But I am excited to say that these 100% chocolate-free blondies were one of my favorites from my brownie baking bonanza. Maple walnut blondies. They are chewy, with a bit of crunch from the walnuts, and have a very subtle maple flavor. 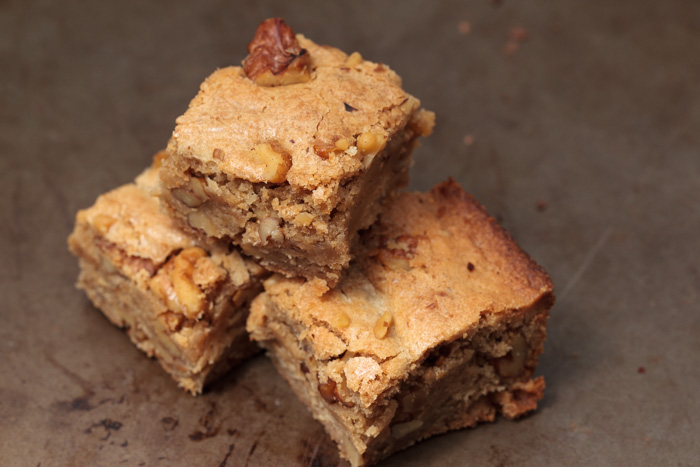 The recipe I used mentioned that using real maple syrup would have a more mild maple taste, while using maple flavored syrup would produce a pronounced maple blondie. I only had the real stuff in my fridge so that’s what I went with and a lot of people told me that they were pleasantly surprised by the subtly of the maple. So step away from the chocolate and make these delicious maple walnut blondies! 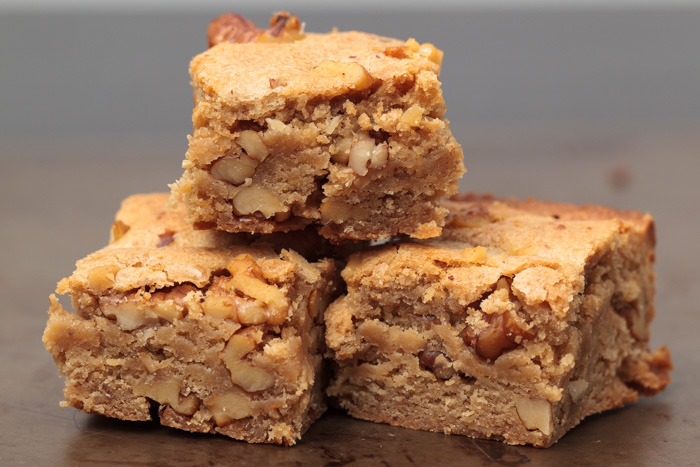