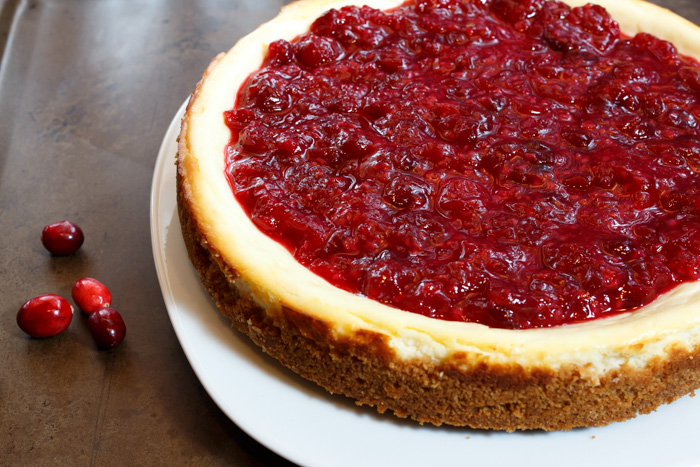 The lemon cheesecake that serves as the base of this recipe is the first cheesecake I ever baked from scratch. Matt had gotten me my stand mixer for my birthday (lucky girl!) and I wanted to christen my new kitchen toy with an epic recipe. After days of sifting through cookbooks and blog posts to pick the perfect recipe we decided on a lemon cheesecake with lemon curd. 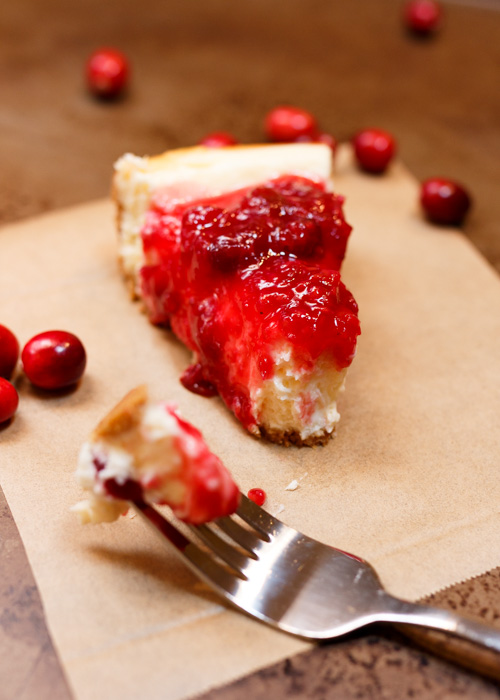 My, oh my, was it outrageous. I have since made the lemon curd many times over for all sorts of recipes and occasions, but had yet to revisit the fluffy and tart lemon cheesecake. Four years later I decided it was finally time to make it again. I told you it takes me a long time to remake recipes! I thought the lemon would pair perfectly with cranberry for the holiday season because of the flavors and beautiful color. 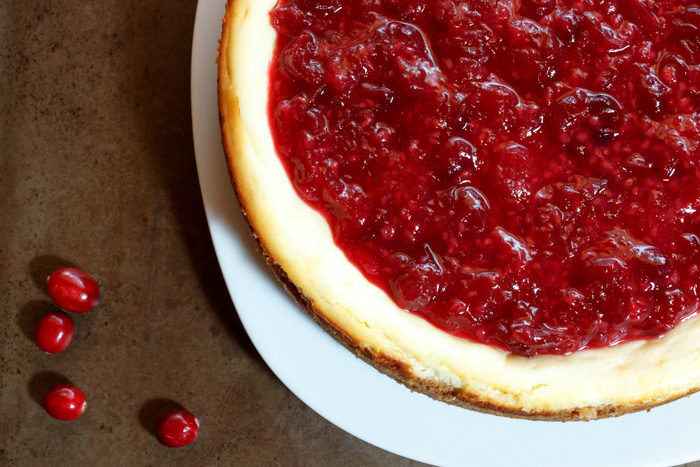 This cranberry raspberry compote is simply made with cranberries, raspberries, orange juice and sugar. It is sweet, tart, fruity and a great cheesecake topping. 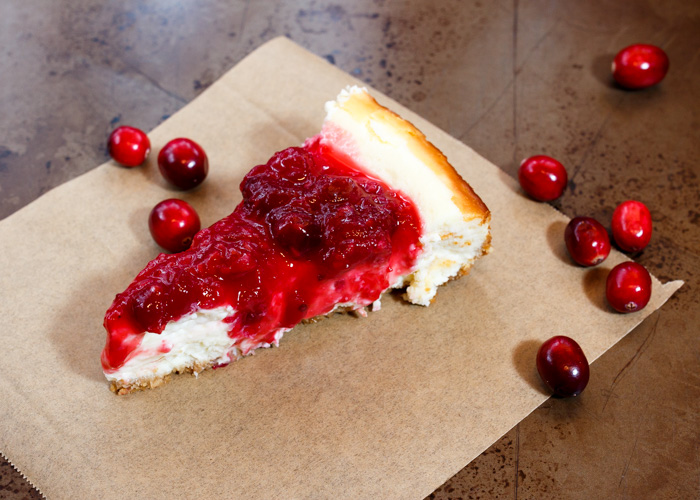 If you have never made a cheesecake before I urge you to give it a shot. You will feel so impressed with yourself when you’re done and your tastebuds will thank you. Although it may seem intimidating, homemade cheesecake is rather simple. 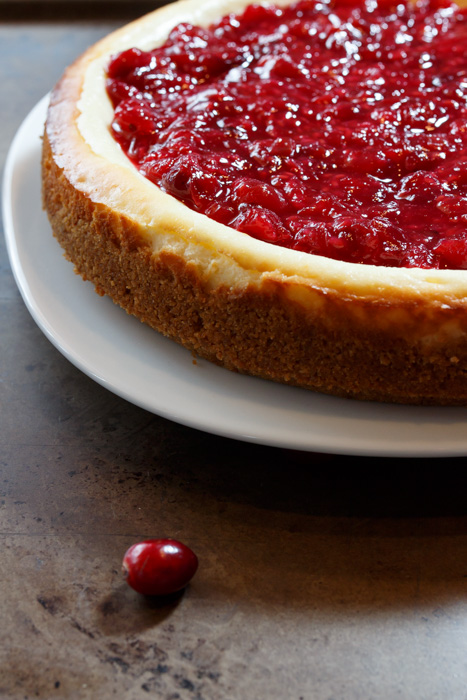 The key to an extra light and fluffy texture is to keep beating the cream cheese past when you normally think you should stop. If the cream cheese is extra airy before you pour it into the crust you will have an unbelievable texture once it is baked. 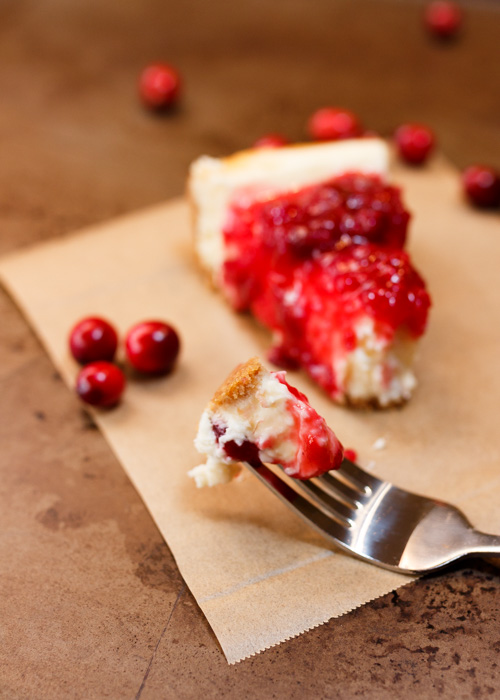