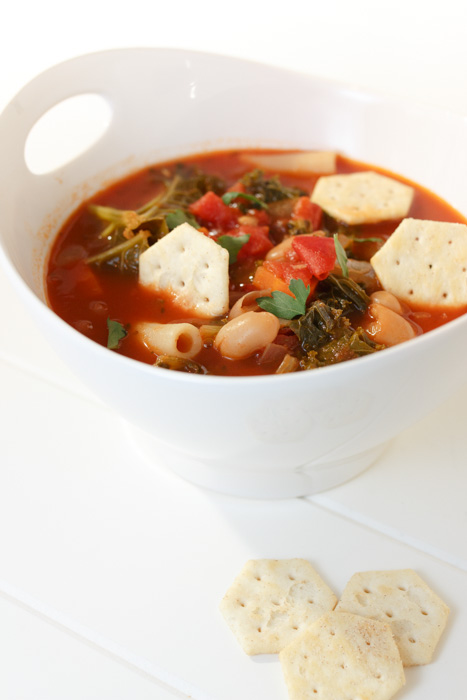 I’ve been really into soups lately. Not that I previously disliked soups, they just weren’t in my weekly routine mostly due to the fact that I always end up burning my tongue. Probably the same reason I don’t like hot coffee and let my hot chocolate come to almost room temperature so I can gulp it down, tongue intact. I guess I could also just try being patient, but that’s not really my thing when it comes to food. 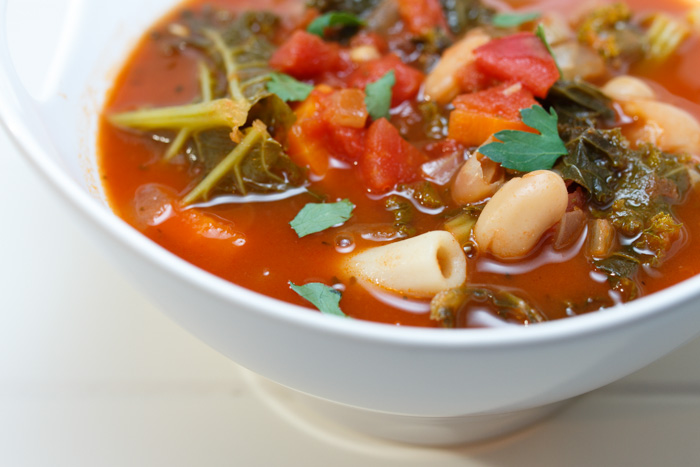 Lately though, I’ve been putting aside my fears of burnt tongues and really digging soups. It all started with this cauliflower soup. The next week I made a broccoli version and the week after I made it with roast mushrooms. By the fourth week Matt and I decided I needed to expand my soup-making horizons. Enter this weeknight minestrone soup. Yum. 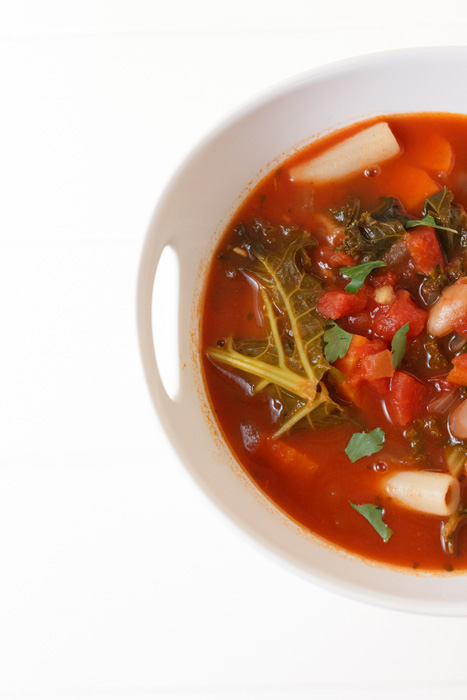 Now this soup was so quick to make that I had serious doubts about the level of deliciousness that it would reach. Doubts be damned, this soup is tasty! A perfectly well-balanced minestrone soup with a light tomato base full of perfectly seasoned and softened vegetables, beans and pasta. 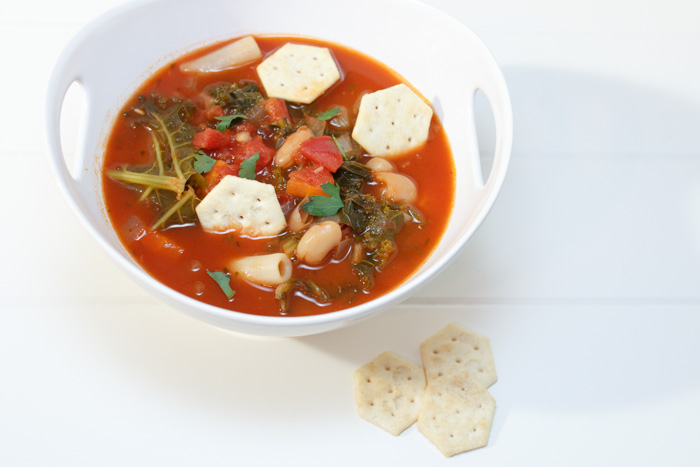 I kept mine pretty traditional, other than the addition of kale, but you could customize this in any way that suits you. The next time I make it I might include some zucchini for extra greenery. And some mushrooms because I have a mushroom addiction. But that’s just me. 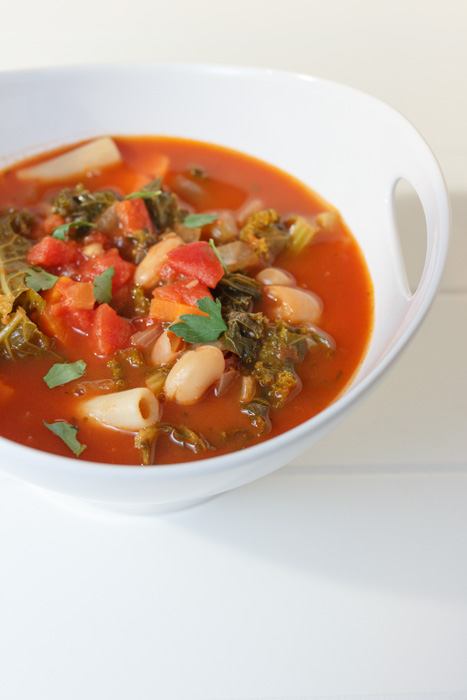