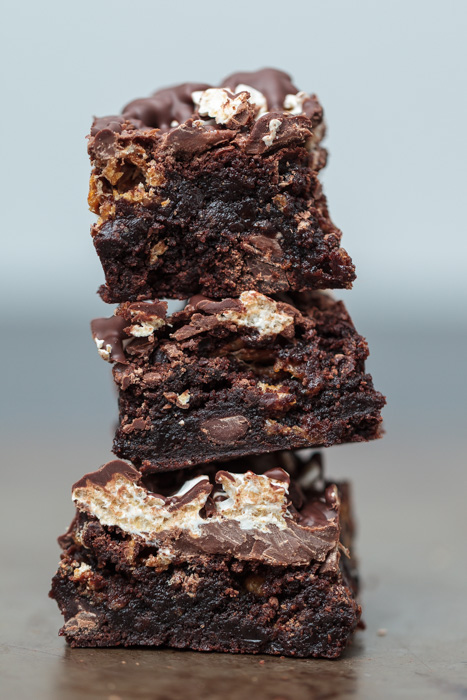 It was negative 1 degrees when I woke up in Boston this morning. Negative 1! Oh, and the “feels like” with wind chill was negative 19 degrees. Sounds toasty right? With cold temperatures across most of the country and countless reminders from your Facebook friends about how cold it is I figured we could all use a pick-me-up. 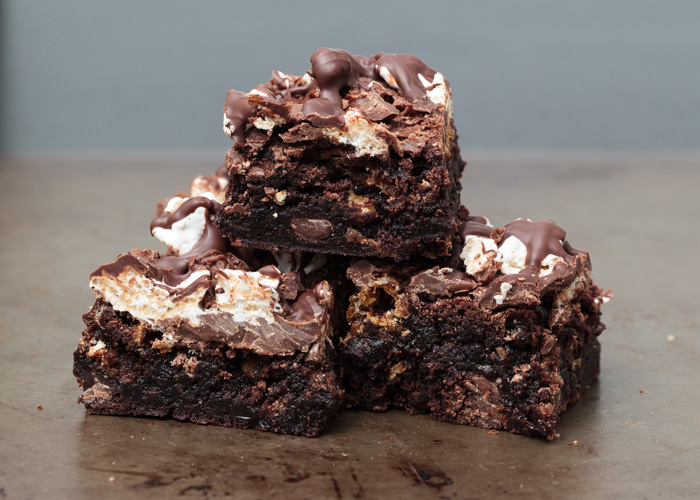 And what could bring a smile to your face better than a picture of decadent, gooey, chocolately brownies? Well, probably the actual brownies, but now you have the recipe for them! 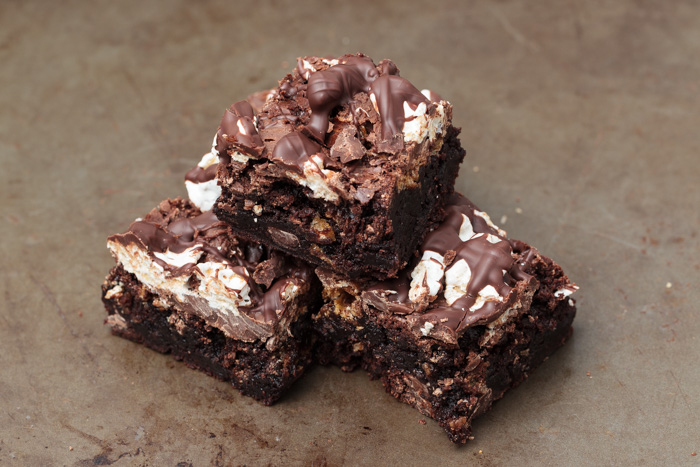 I love the way the Special K cereal gives the brownies a nice crunchy topping. 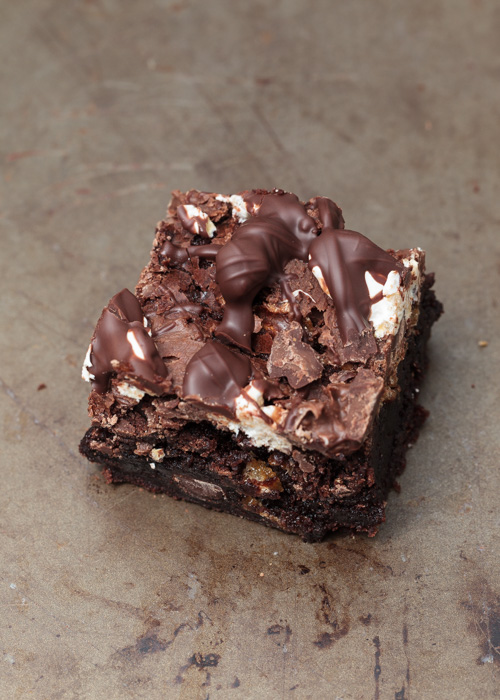 Also, just to make sure we are keeping count, this is part four of the Lemon & Mocha brownie series. Expect the fifth, final and most outrageous installment next month just in time for Valentine’s Day. In the meantime, treat yourself to some marshmallow crunch chocolate brownies! 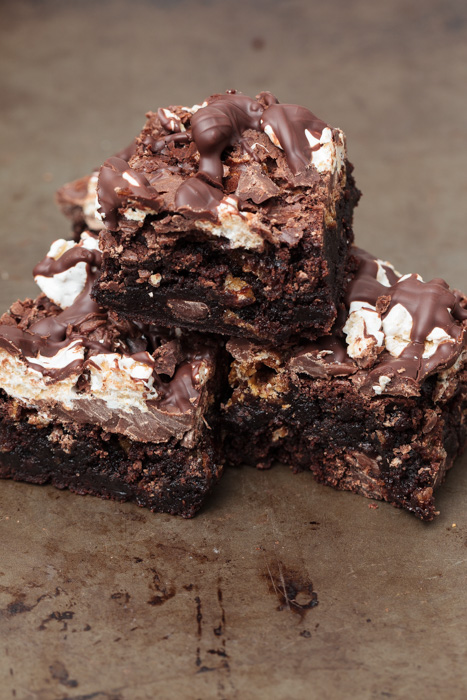