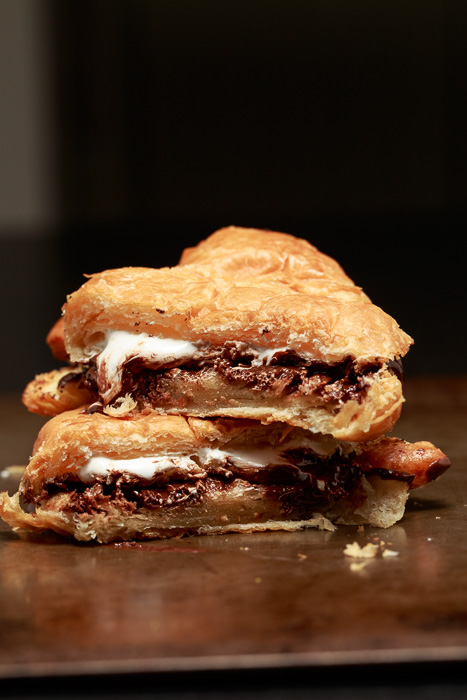 We are officially in summer mode, which can only mean one thing: time for another s’mores post. Whether I have to use an oven broiler, microwave or fire pit I am constantly looking for more ways to sneak s’mores into my diet. 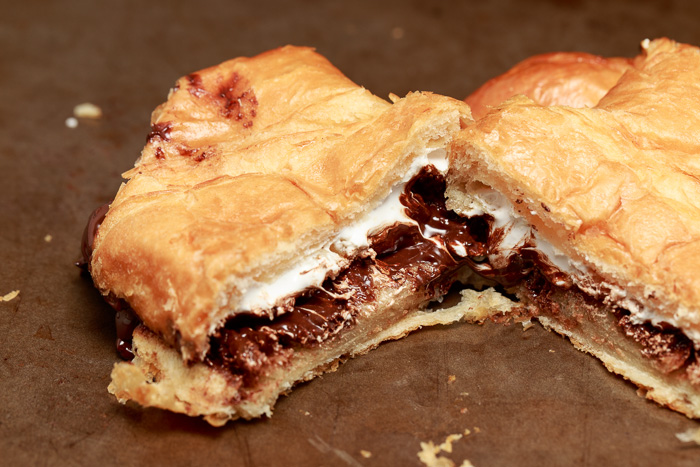 I have posted several different s’mores-flavored desserts on Lemon & Mocha, but I wanted to share something that was purely a s’mores recipe. Of course with a twist to make it blog-worthy. I found my calling with croissant s’mores. 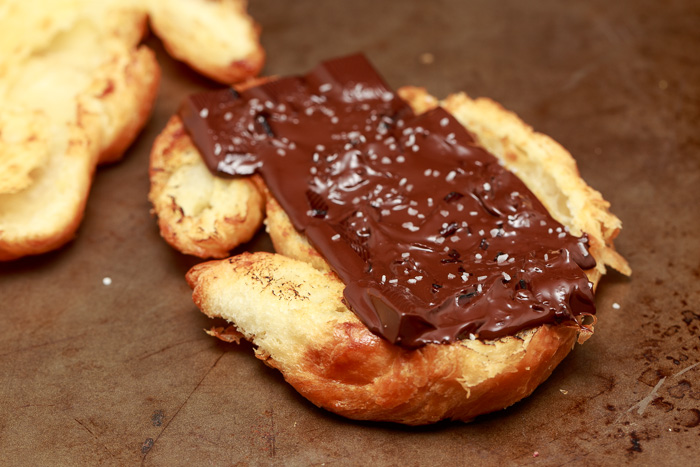 Absent of graham cracker squares, buttery toasted croissant halves serve as the vessel for this scrumptious dessert sandwich. The combination of high-quality dark chocolate and sea salt flakes will literally melt in your mouth. 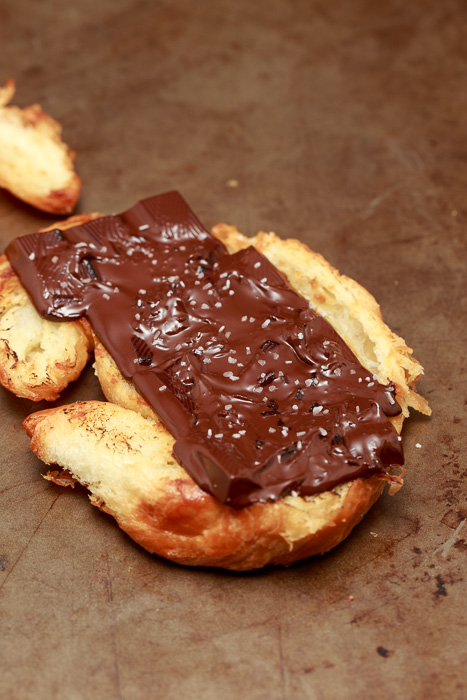 After smearing the sandwich with marshmallow fluff I decided I still wanted the crispy texture and smoky taste you get from traditional s’mores. After some research and tasty experimentation I determined that toasting the marshmallow with a kitchen torch or oven broiler will do the trick just fine. 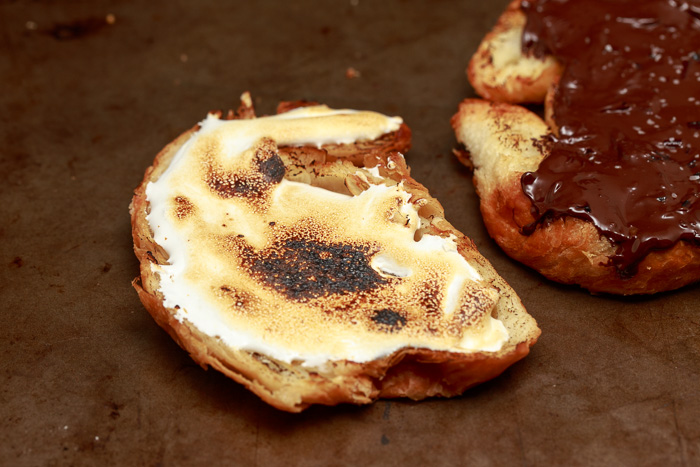 Although it’s hard to top the original s’mores, the pastry lover in me almost prefers this treat. Almost. 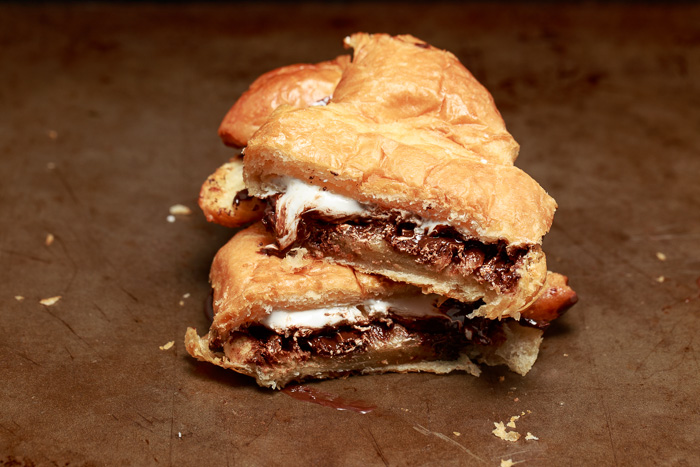