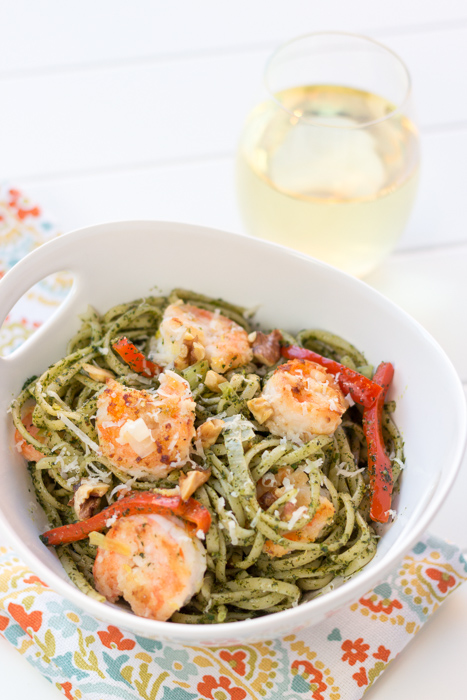 I’m a little late to the kale trend, but I have recently started experimenting with it in the kitchen. Kale is a superfood and no that does not mean it has sonic vision or invisibility powers. A superfood is one that is light in calories, rich in nutrients and has additional health benefits. Kale’s extra health goodies include all kinds of fancy science words like phytochemicals and beta-carotene. But all you need to know is that it’s good for you. 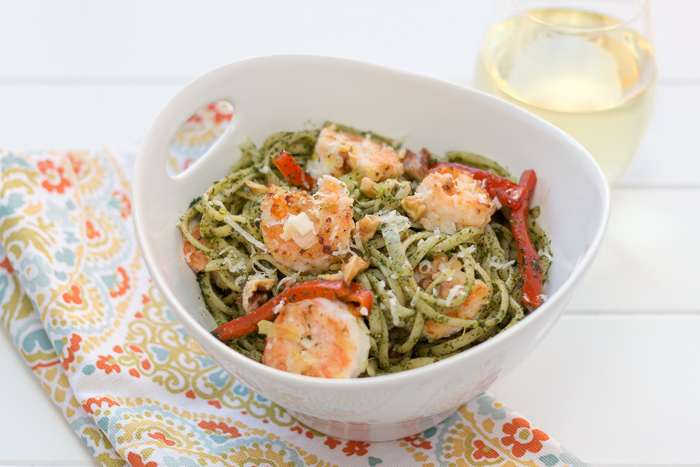 Don’t run away just yet! I promise I wouldn’t share something that wasn’t also sneak-back-for-seconds delicious. Through my adventures with kale I have discovered that it can also often be very bitter. Turning the kale into a pesto with walnuts, Parmesan, lemon and olive oil ensures that the kale is vibrant, savory and definitely not bitter. It might just be my new favorite pesto. 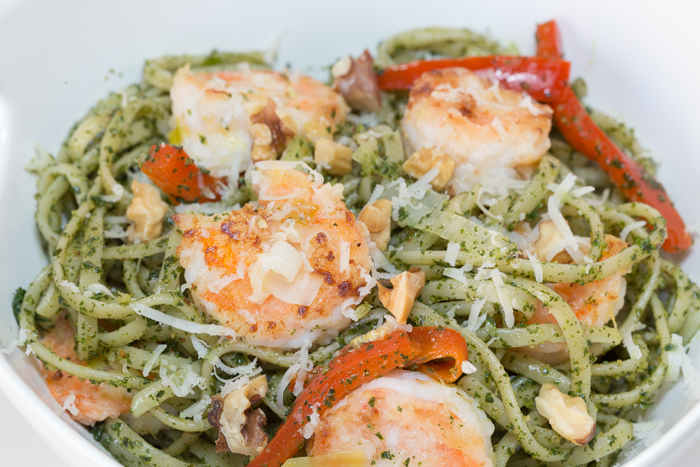 I love loading my meals with seasonal vegetables, which is why I added the leeks and red peppers. The kale may shine, but the lemon shrimp isn’t far behind. I love anything with a fresh lemon flavor and the shrimp in this recipe do not disappoint. They were so tasty I would certainly not promote skipping the shrimp in this dish, but if you needed it to be vegetarian you could omit the shrimp and add the lemon juice and zest to the vegetables instead. 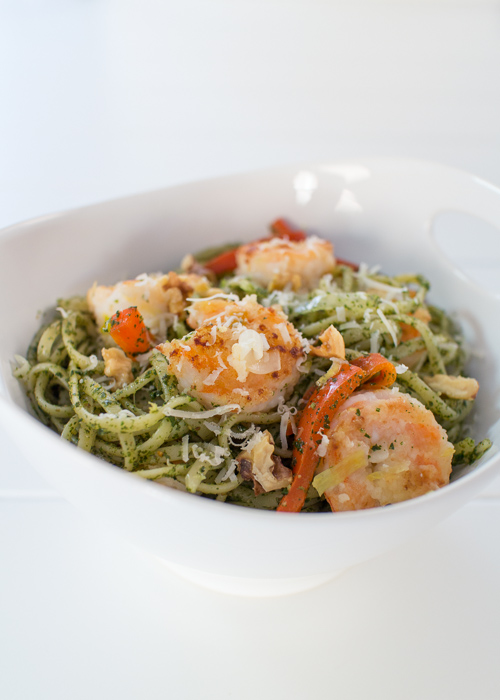