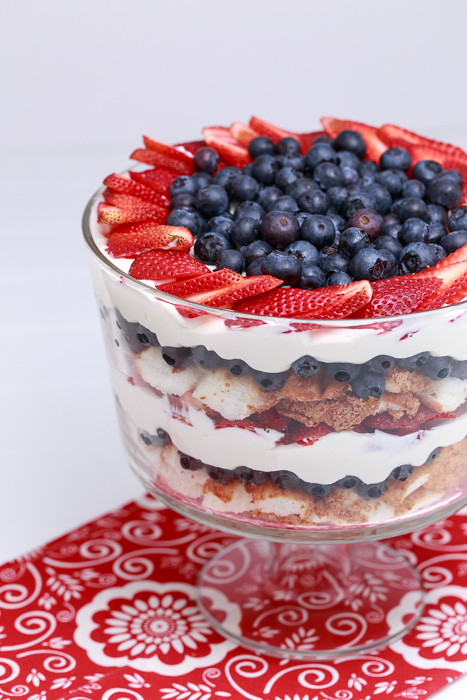 I don’t have very many Fourth of July food traditions, but there was one dessert my grandma and I used to make every year: the quintessential flag cake. 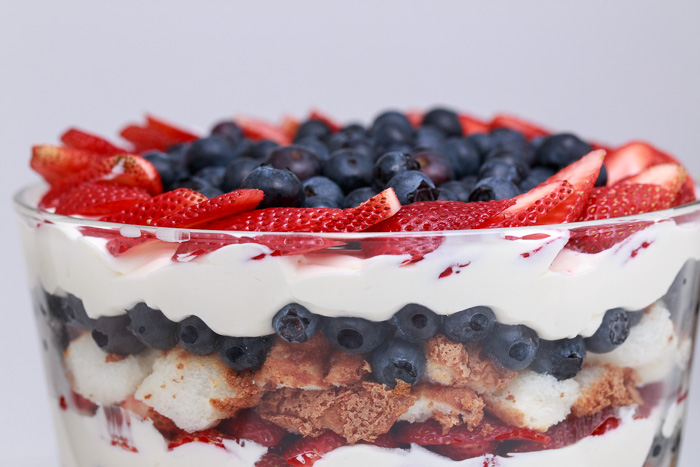 I’m sure most of you know the cake I am talking about as I’m sure it has appeared on almost every Fourth of July spread at some point in time. Vanilla sheet cake, vanilla frosting, cut strawberries, or raspberries, laid across to create the stripes in the American flag, 50 blueberries placed in the upper left corner to mimic the flag’s stars. 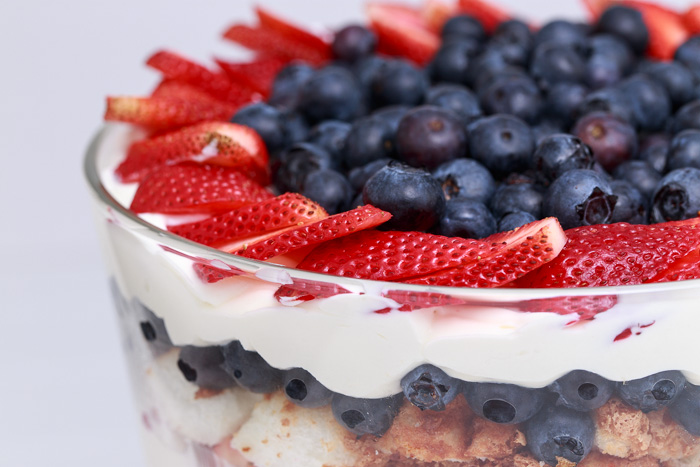 It is a delightful classic, but I decided this classic needed a major makeover. As much as I love the original, oftentimes the red from the strawberries bleeds into the vanilla frosting if decorated ahead of time and who wants to be laying out lines of strawberries in the kitchen while everyone else is outside enjoying the barbecue. 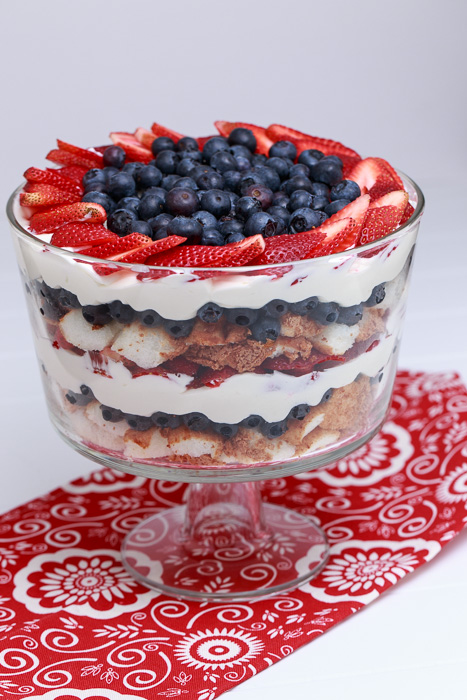 Also, I am all about multi purposing and the flag cake is not really an enjoy-it-all-summer-long kind of treat. When I was looking through an old issue of the Food Network magazine I came across the perfect solution: this patriotic berry trifle. 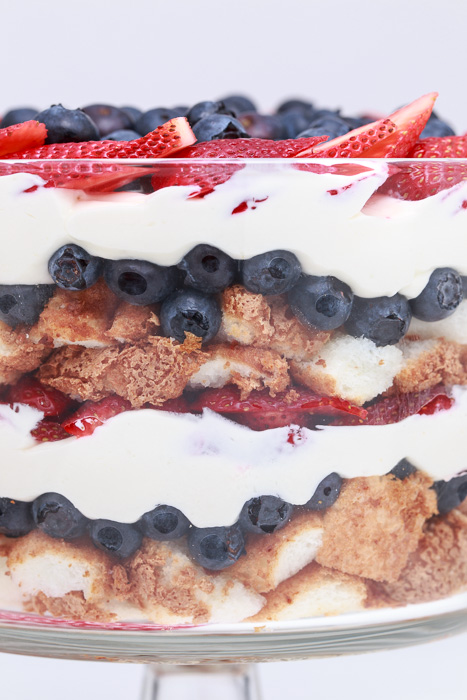 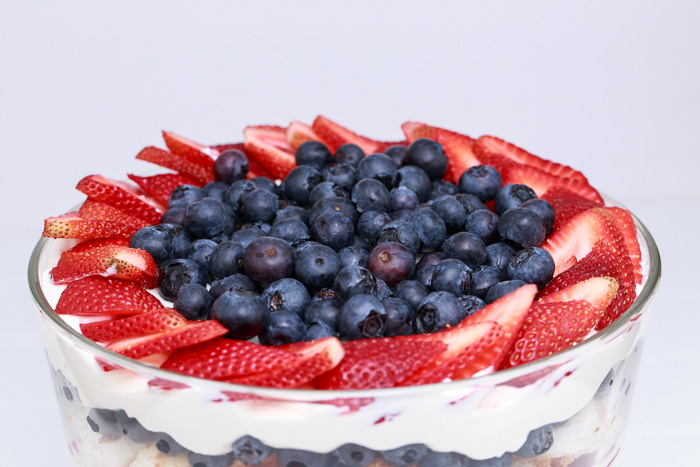 I must admit that I had a serious addiction to this dessert and may have eaten three servings in one sitting… I’ll never tell! 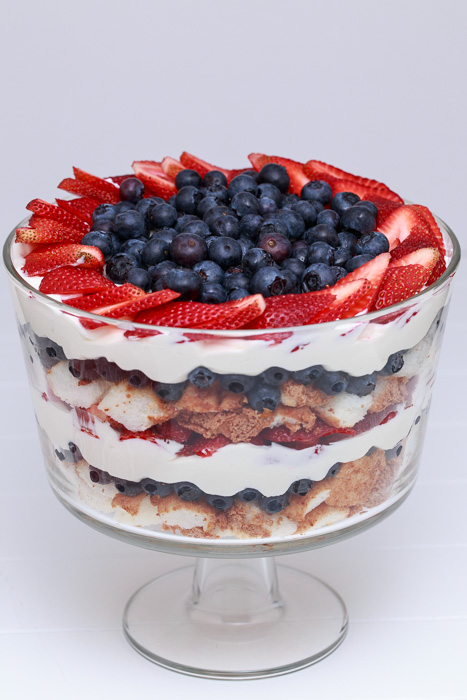 Perfect for your Fourth of July party, Labor Day potluck and just-because-it’s-a-nice-day-out barbecue. 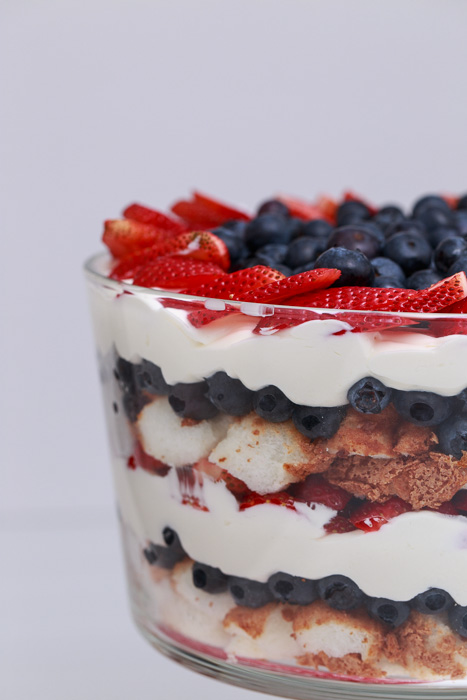